Neural processing in the brains of parents talking to their babies may reveal secrets about early stages of language acquisition in infants. This according to findings by researchers at the RIKEN Brain Science Institute and their collaborators, which show for the first time that experience, gender and personality affect how parents process the speech they use when addressing infants.

Infant-directed speech (IDS), also known as "baby talk", is a style of speech used by adults to address infants, characterized by high-pitched, articulated intonation and a simplified lexicon. While ubiquitous across languages and cultures, the neural mechanisms underlying IDS are unknown.

To elucidate these mechanisms, the researchers applied functional magnetic resonance imaging (fMRI) to the brains of 35 first-time parents with preverbal infants and 30 men and women without any parenting experience. Subjects also included 16 mothers with toddlers who spoke two-word utterances and 18 mothers with children in elementary school.

While initially aiming to measure brain activity during active speech, signal disruption caused by head movement prompted the researchers to focus on listening instead, which mirrors similar activation patterns without requiring any motion. Brain scans conducted on subjects listening to recorded IDS revealed that mothers with preverbal infants exhibited increased brain activity in areas of the brain known to govern language. This enhanced activation was not observed in any other group, including mothers of children who had advanced beyond the preverbal stage.

Another brain region signaled a second IDS connection: increased cortical activation was observed in speech-related motor areas of mothers in the same group who scored high on a personality test for extroversion. The results thus expose clear distinctions in how people process and generate IDS, providing the first evidence at the neural level that "baby talk", by acting as a bridge for linguistic transfer from mother to infant, plays a key role in the early stages of language acquisition. 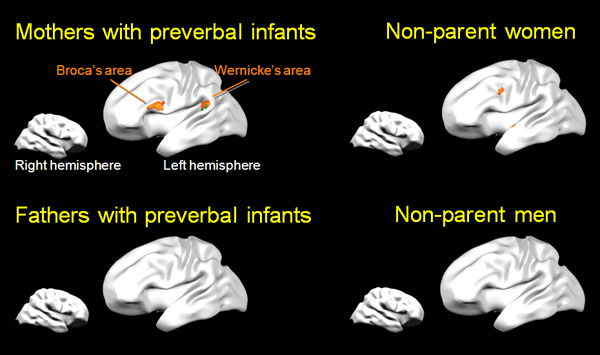 IDS effects were determined by measuring the differential response to perceived IDS as opposed to perceived adult-directed speech (ADS). Mothers show the highest activity in the language areas (Broca's and Wernicke's areas). 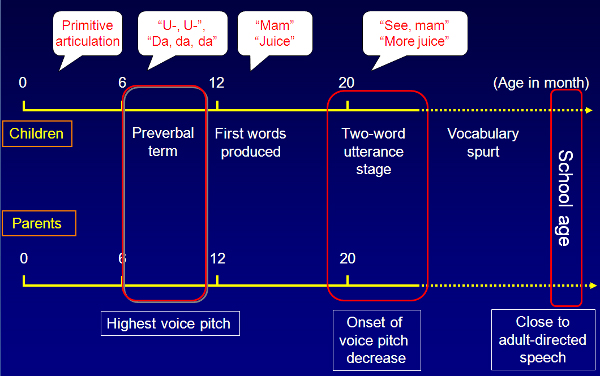 Figure 2: The universal language timeline of speech-production development in children and the concomitant change in parents' IDS 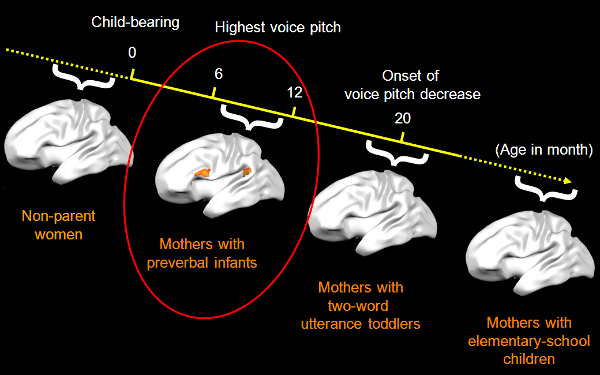 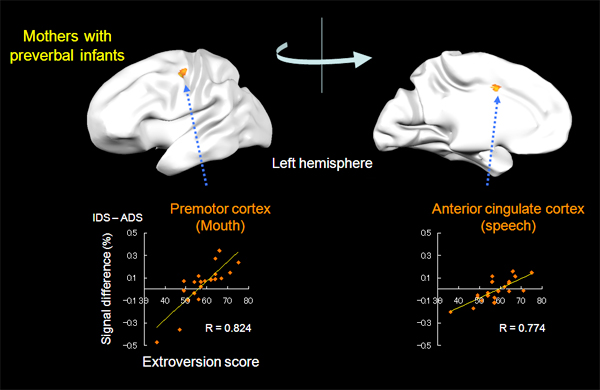 The correlation was found only in mothers with preverbal infants, in the speech-related motor regions of the left premotor cortex and anterior cingulate cortex.