Our understanding of biological organisms and how they function is intrinsically tied to the limits of what we can actually see. Even today's most promising techniques for visualizing biological tissue face this limitation: mechanical methods require that samples be sectioned into smaller pieces for visualization, while optical methods are prevented by the scattering property of light from probing deeper than 1mm into tissue. Either way, the full scope and detail of the biological sample is lost.

The new reagent, referred to as Scale and developed by Atsushi Miyawaki and his team at the RIKEN Brain Science Institute (BSI), gets around these problems by doing two things together that no earlier technique has managed to do. The first is to render biological tissue transparent. Scale does this significantly better than other clearing reagents and without altering the overall shape or proportions of the sample. The second is to avoid decreasing the intensity of signals emitted by genetically-encoded fluorescent proteins in the tissue, which are used as markers to label specific cell types.

This combination makes possible a revolution in optical imaging, enabling researchers to visualize fluorescently-labeled brain samples at a depth of several millimeters and reconstruct neural networks at sub-cellular resolution. Already, Miyawaki and his team have used Scale to study neurons in the mouse brain at an unprecedented depth and level of resolution, shedding light onto the intricate networks of the cerebral cortex, hippocampus and white matter. Initial experiments exploit Scale's unique properties to visualize the axons connecting left and right hemispheres and blood vessels in the postnatal hippocampus in greater detail than ever before.

But the potential of Scale goes much further. "Our current experiments are focused on the mouse brain, but applications are neither limited to mice, nor to the brain," Miyawaki explains. "We envision using Scale on other organs such as the heart, muscles and kidneys, and on tissues from primate and human biopsy samples."

Looking ahead, Miyawaki's team has set its sights on an ambitious goal. "We are currently investigating another, milder candidate reagent which would allow us to study live tissue in the same way, at somewhat lower levels of transparency. This would open the door to experiments that have simply never been possible before." 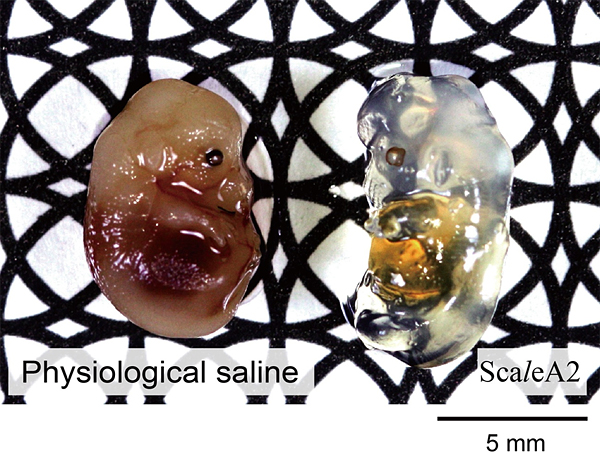 Figure 1: Two embryos taken with a black and white pattern as background.

Right: embryo incubated in ScaleA2 solution for 2 weeks after fixation with 4% PFA. 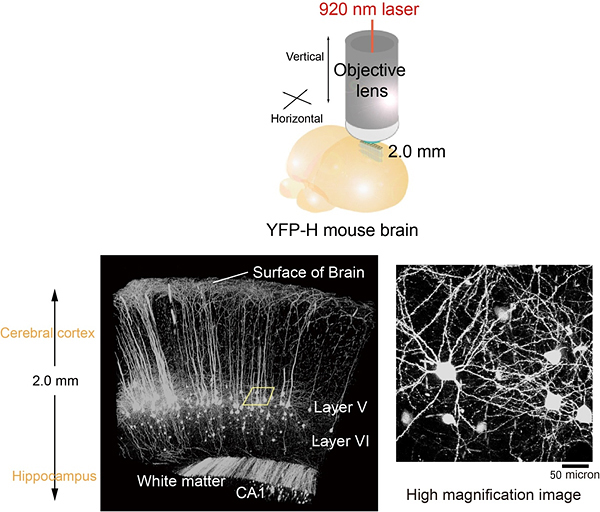 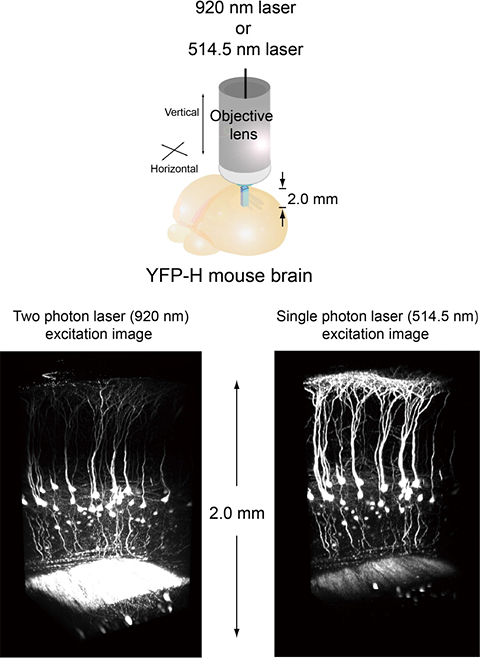 Figure 3: Three-dimensional reconstruction of YFP-expressing neurons in a quadratic prism located in the cerebral cortex.

The same region was imaged using a 20x objective lens and taking both two-photon (left) and one-photon (right) approaches. 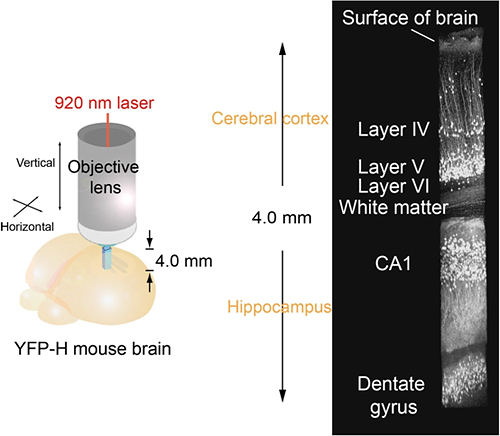 Right: Three-dimensional reconstructions of YFP-expressing neurons in a quadratic prism located in the cerebral cortex and hippocampus. 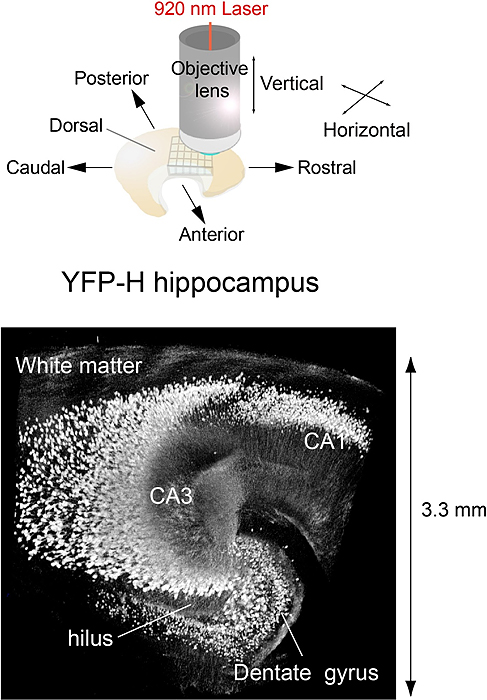 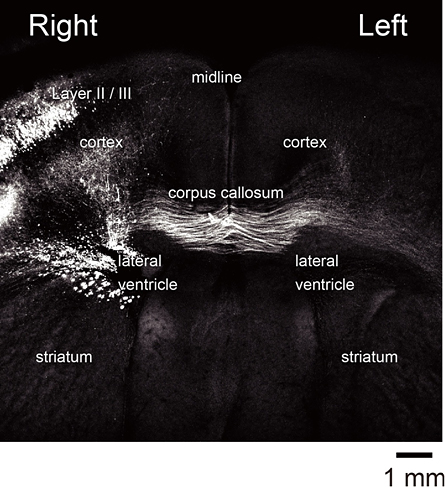 A population of layer II/III pyramidal neurons was labeled by in utero electroporation of plasmids encoding EYFP into the dorsal ventricular zone on the right side (R) of the mouse forebrain at E15.5, and their axonal projections into the left side (L) were visualized at P10. 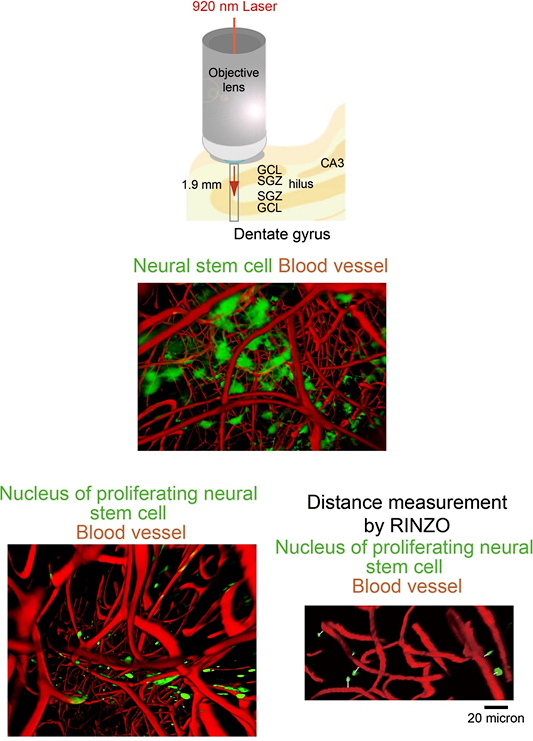 Bottom: An image of nuclei of proliferating neural stem cells (green) and blood vessels (red) when tunneling into the transparent hippocampus. The green signal comes from the Fucci S/G2/M marker.