Gene identified responsible for disorders of bones and connective tissue

Researchers from the RIKEN Center for Integrative Medical Sciences have identified a gene that when mutated is responsible for a spectrum of disorders affecting bones and connective tissue. This finding opens new avenues for research into the diagnosis and treatment of these previously incurable diseases.

The study is published today in the American Journal of Human Genetics.

Spondyloepimetaphyseal dysplasia with joint laxity, type I or SEMD-JL1 is a disorder of the skeleton resulting in short stature and spinal problems starting from birth, and worsening with age. The disease is also known as SEMD Beighton type.

In order to find the gene responsible for the disorder, Dr. Ikegawa and his team examined the entire coding sequence of the genome of 7 individuals suffering from SEMD-JL1 using next-generation sequencing technology.

The researchers found that the study subjects all had mutations that resulted in significant loss of function of the gene B3GALT6, known to be involved in the biosynthesis of an important component of connective tissue.

To the reseachers’ surprise, mutations in B3GALT6 were also found in patients suffering from a disorder of the connective tissue called Ehlers-Danlos syndrome progeroid type.

The researchers show that a deficiency in the B3GALT6 enzyme results in a spectrum of disorders affecting various tissues, including the skin, bones, cartilage, tendons and ligaments. Their results indicate that B3GALT6 is essential for the development and the maintenance of these tissues.

B3GALT6 is known to encode for an enzyme involved in the biosynthesis of the glucosaminoglycan (GAG) linker region.

“The GAG linker region is key for GAG biosynthesis and proteoglycan metabolism,” explains Dr Ikegawa, “and proteoglycans are important because they are a major component of the matrix of connective tissue in animals.”

“Our findings show that mutations in B3GALT6 cause a spectrum of disorders that were previously thought to belong to different families of diseases — some were thought to be skeletal dysplasia and others connective tissue disorders,” explain the authors.

“More clinical, genetic and biological studies are needed to understand the pathological mechanism of the diseases and the role of GAG metabolism and function,” they conclude. 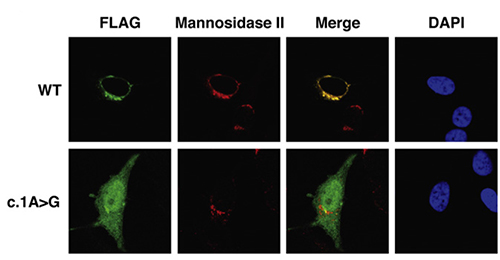 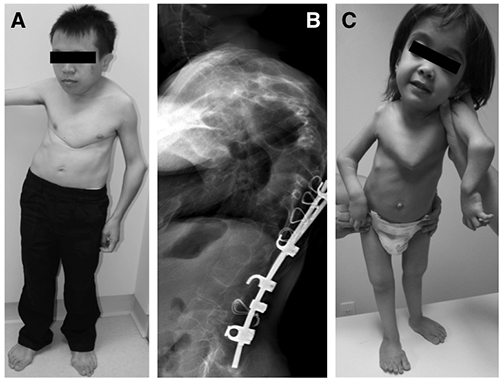 Pictures and X-ray of patients with SEMD-JL1 and Ehlers-Danlos syndrome, progeroid type with B3GALT6 mutations