Autophagy, a key cellular auto-cleaning mechanism, mediates the formation of amyloid beta plaques, one of the hallmarks of Alzheimer’s disease. It might be a potential drug target for the treatment of the disease, concludes new research from the RIKEN Brain Science Institute in Japan. The study sheds light on the metabolism of amyloid beta, and its role in neurodegeneration and memory loss.

Alzheimer’s disease, the most common form of dementia, affects nearly 36 million people worldwide, and this number is set to double over the next 20 years. However, the causes of the disease are not well understood and no disease-modifying treatment is available today.

Autophagy is a cellular cleaning mechanism that normally clears any protein aggregates or other ‘trash’ within the cells, but that is somewhat disturbed in Alzheimer’s patients.

To investigate the role of autophagy in amyloid beta metabolism, Nilsson et al. deleted an important gene for autophagy, Atg7, in a mouse model of Alzheimer’s disease. Contrary to what they were expecting, their results showed that a complete lack of autophagy within neurons prevents the formation of amyloid beta plaque around/outside the cells. Instead, the peptide accumulates inside the neurons, where it causes neuronal death, which in turn leads to memory loss.

“Our study explains how amyloid beta is secreted from the neurons, via autophagy, which wasn’t well understood,” comments Dr Nilsson. “To control amyloid beta metabolism including its secretion is a key to control the disease. Autophagy might therefore be a potential drug target for the treatment of Alzheimer’s disease,” he adds. 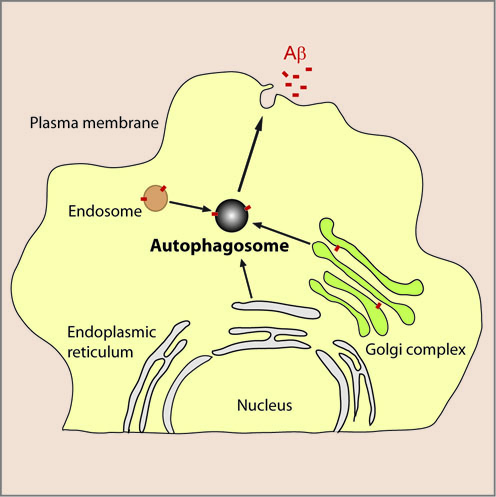 Role of autophagy in Aβ secretion from neurons 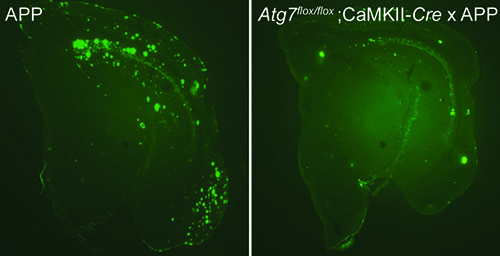 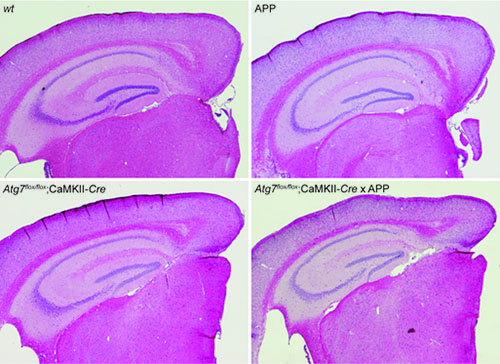