Researchers at the RIKEN-MIT Center for Neural Circuit Genetics and MIT’s Picower Institute for Learning and Memory have discovered a new brain circuit that shapes memory formation by endowing neurons with the ability to connect two events separated in time into a single experience. 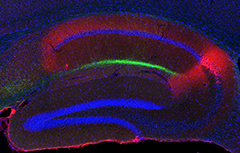 In a study appearing in the journal Science a research team lead by Dr. Susumu Tonegawa, MIT Professor and Director of the RIKEN Brain Science Institute report the discovery of Island cells and a new brain circuit responsible for limiting the brain’s ability to link two events that happen seconds or minutes apart into one experience, a property of memory called temporal association.

In this study, researchers identified a new cell in layer II of the entorhinal cortex. The majority of cells in this layer were previously known to send projections to another part of the hippocampus called the dentate gyrus, which processes the context of a memory, such as the location where the event took place (the team referred to these as Ocean cells). The newly identified Island cells, form clusters that are surrounded by Ocean cells, and send their bundled projections to the CA1 region of the hippocampus. However, unlike the MECIII neurons, Island cells connect to a cell type that suppresses the memory-making neurons in CA1.

"It was surprising to discover that Island cells project to the hippocampus,” said study first co-author Dr. Takashi Kitamura, “because the circuit diagram between the entorhinal cortex and the hippocampus was considered complete.”

Dr. Kitamura and colleagues manipulated Island cells in the brains of mice to determine their role in setting temporal association during memory formation. Mice were trained to link two events — a tone and a mild electric shock — that occur up to 20 seconds apart. Initially, mice did not fear the tone, but after three trials, they showed a fear response to the tone—freezing in place—indicating that they feared the shock. To see how temporal association was affected when Island cells were manipulated, the researchers used a recent technique called optogenetics that allows specific neurons to be switched on or off with light.

When Island cell activity was increased mice couldn’t associate the tone with the shock and did not freeze upon hearing the tone. Conversely, when Island cells were shut off mice froze for a longer time after the tone and could be trained with a milder shock. The researchers concluded that Island cells suppress the formation of temporal associations and their activity sets a threshold for whether a memory will form. This ability may allow the brain to remember events based on their relative importance and disregard events that are trivial. For example, a failure to remember that a car horn predicts an oncoming car could be dangerous. In the opposite case, forming associations when none exist could make an individual anxious and expecting imaginary danger.

“In memory research, there was no evidence for this type of circuit,” said Dr. Kitamura. “We are the first to identify a circuit that negatively affects memory formation.” Future work will explore the role of the circuit in other memories. 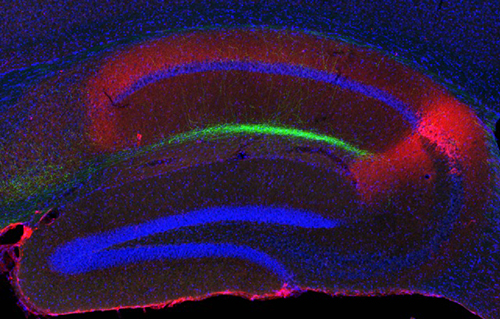 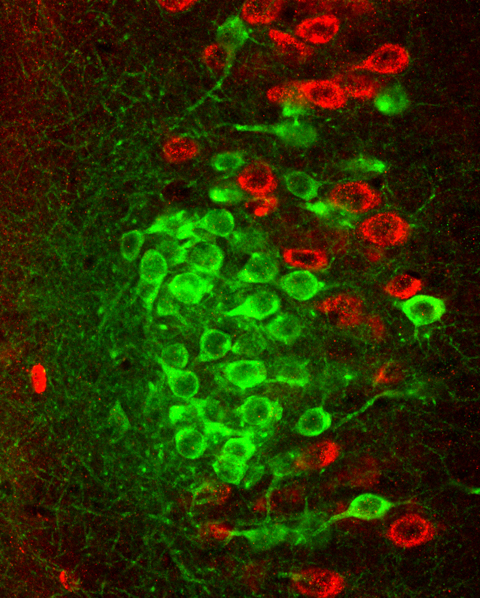