A circuit for change

To answer the seemingly simple question “Have I been here before?” we must use our memories of previous experiences to determine if our current location is familiar or novel. In a new study published in the Journal of Neuroscience researchers from the RIKEN Brain Science Institute have identified a region of the hippocampus, called CA2, which is sensitive to even small changes in a familiar context. The results provide the first clue to the contributions of CA2 to memory and may help shed light on why this area is often found to be abnormal in the schizophrenic brain.

Change comes in many flavors; if we move to a new country, city or house it is easy to recognize the novelty of the environment, but if we come home to find the furniture rearranged or a new piece of art on the wall, this recognition may be much slower. Scientists believe this is because memory formation requires comparing current information with previous experience and the larger the overlap, the more difficult the distinction. It has long been known that the hippocampus is a region of the brain crucial for this type of memory, however the identification of neurons responsible for this comparison has remained elusive.

In this study Marie Wintzer, Roman Boehringer, Denis Polygalov and Thomas McHugh used genetically modified mice and advanced cell imaging techniques to demonstrate that while the entire hippocampus is capable of detecting large changes in context, the small and often overlooked CA2 region is exquisitely sensitive to small changes.

Mice were familiarized with one context and then placed either in a much different context or back in the original with small alterations, such as several new small objects. By detecting the expression of activity induced genes Wintzer and colleagues were able to demonstrate that just a few new objects in the otherwise unchanged context completely altered the pattern of active cells specifically in CA2. Mice that had been genetically engineered to lack this CA2 response explored the new context much less than their normal siblings.

“CA2 has often been overlooked or simply grouped together with its more prominent neighbors, but these data suggest it’s unique and important for recognizing and reacting to changes in our environments” explains Dr. McHugh, the leader of the study.

Compared to rodents, human CA2 is proportionally larger, but still as mysterious. One intriguing finding has been that early in the onset of schizophrenia and bipolar disorder there is a loss of inhibitory neurons specifically in CA2. In addition to the memory problems that accompany these diseases, patients often exhibit a hyper-sensitivity to changes in environment and routine. This study suggests there may be a functional relationship between this sensitivity and CA2 dysfunction, hinting at a new circuit to target in our attempts to understand the function of both the normal and diseased brain. 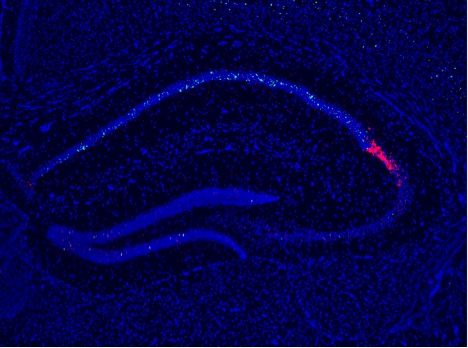 Imaging of cell activity (green) across the hippocampus reveals CA2 (red) can detect small changes in a familiar context. 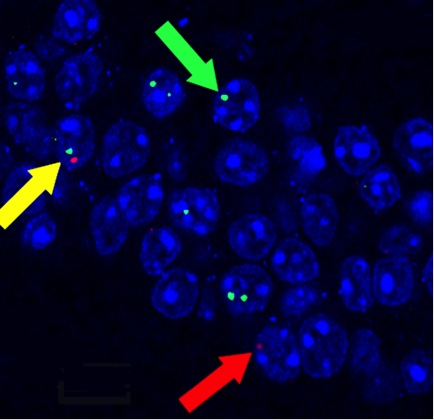