Three-dimensional metamaterials with a natural bent

Metamaterials, a hot area of research today, are artificial materials engineered with resonant elements to display properties that are not found in natural materials. By organizing materials in a specific way, scientists can build materials with a negative refractivity, for example, which refract light at a reverse angle from normal materials. However, metamaterials up to now have harbored a significant downside. Unlike natural materials, they are two-dimensional and inherently anisotropic, meaning that they are designed to act in a certain direction. By contrast, three-dimensional natural materials typically look the same from all directions. For instance, water in a glass acts as an isotropic material for light, even though the water molecule itself has an asymmetric and anisotropic structure.

Scientists have been able to manufacture three-dimensional isotropic metamaterials, but up to now only on a very small scale. Now, in a significant breakthrough, published inAdvanced Optical Materials, scientists from RIKEN, in collaboration with colleagues from ITRC, NARLabs in Taiwan, have succeeded in creating a large metamaterial, up to 4 mm x 4 mm2 in size, that is essentially isotropic, using a type of metamaterial element called a split-ring resonator (SRR).

The team achieved this breakthrough based on a new fabrication technique that combines top-down electron lithography and a bottom-up self-folding mechanism caused by the intrinsic stress of metals, called the “metal-stress driven self-folding method.”

They began with the top-down process. They deposited a layer of PMMA, a polymer, on a substrate of silicon. They then used electron beam lithography to etch a ribbon-shaped ditch in the polymer, and then deposited a metallic strip made of nickel and gold. Following this, they removed all of the metal film outside of the ditch. From then the process became bottom-up. They eliminated the silicon except for a small button in the center ribbon of the strip, and when the chip was exposed to air, the stresses on the metal strips led them to form upward into a ring, creating a three-dimensional metamaterial resonator. Essentially, the tension within the materials themselves was used to cause them to fold. The team then used spectroscopy to find that the materially was unambiguously and remarkably isotropic when rotated in any direction up to an incident angle of 40 degrees. These optical properties of the SRR were also supported by three-dimensional electromagnetic numerical calculations.

The team's results demonstrate a promising method for manufacturing highly symmetric metamaterials, leading to isotropic optical responses. According to Takuo Tanaka of the RIKEN Metamaterials Laboratory, who led the research team, "We anticipate that our technique will be a breakthrough for bringing the concepts of metamaterials into real components, especially at optical frequencies. The manufacturing technique we have presented could be extended to stacking by depositing multiple layers, allowing us to build even more complex three-dimensional meta-atoms with interesting optical properties." Metamaterials have been touted for their potential to create "superlenses," which enable us to go beyond the diffraction limit of conventional lenses, and cloaking devices, and the team’s achievements could bring those dreams closer to reality. 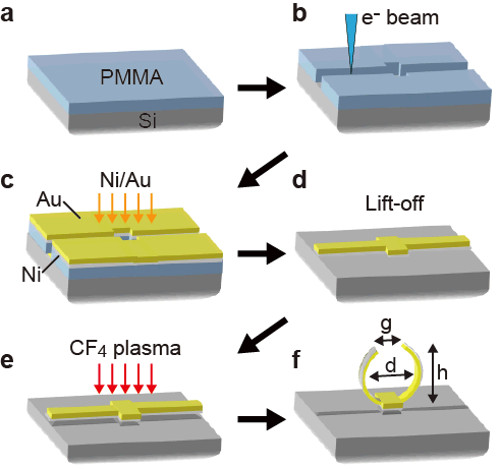 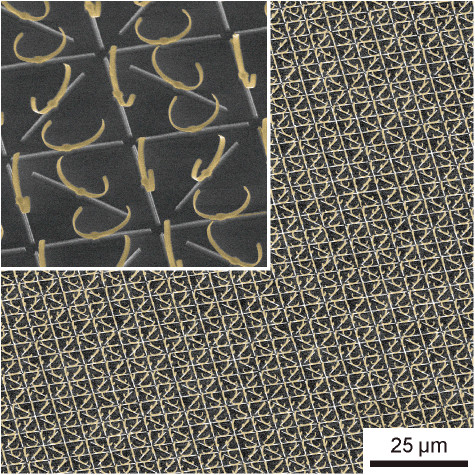