We know calcium is good for our bones, but it might also be the key to a good night sleep. Researchers at the RIKEN Quantitative Biology Center (QBiC) and the University of Tokyo in Japan have unveiled a new theory for how sleep works. Published in the journal Neuron, the work shows how slow-wave sleep depends on the activity of calcium inside neurons.

“Although sleep is a fundamental physiologic function, its mechanism is still a mystery,” according to group director and corresponding author Hiroki Ueda.

A multi-disciplinary research team led by Ueda used a variety of scientific techniques, including computational modeling and studying knockout mice, to search for the fundamental mechanism underlying sleep. Professor Ueda is a medical doctor by training, but as a researcher investigating sleep disorders, he favors a broad and deep approach that relies equally on in silico, in vitro and in vivo modeling. He explains, “Because our study presents a new theory of sleep, we needed to support it with different methodologies.”

In silico, the team created a computational neural model to predict which currents within a neuron are critical for maintaining the type of neural activity associated with slow-wave sleep.

Fumiya Tatsuki, co-first author and undergraduate student at the University of Tokyo explains, “Our model made four predictions, which provided us with four starting points to search for critical genes involved in sleep. Each prediction was tested and proven correct in experiments with knockout mice or by pharmacological inhibition, and we were ultimately able to identify seven genes that work in the same calcium-related pathway to control sleep duration”.

Based on the computer models, triple CRISPR technology, and the new sleep-monitoring system, KO mice lacking target genes were observed in vivo for changes in sleep duration. By identifying mice with abnormal sleep patterns, the team was able to pinpoint seven genes that were critical for increasing or decreasing sleep duration.All seven genes allow calcium-dependent changes in neurons that make them resist becoming active — a process called hyperpolarization. As predicted by the model, down-regulating six of these genes reduced sleep duration in KO mice and down-regulating the final gene led to longer bouts of sleep.

As Shoi Shi, co-first author and graduate student at the University of Tokyo, explains, “Our paper revealed that sleep is regulated by calcium-related pathways. One surprise was that contrary to current theories, inhibiting NMDA receptors directly evoked neuronal excitation, which contributed to reduced sleep.”

Notes Ueda, “these findings should contribute to the understanding and treatment of sleep disorders and neurologic diseases that have been associated with them. In addition to becoming new molecular targets for sleep drugs, the genes we have identified could also become targets for drugs that treat certain psychiatric disorders that occur with sleep dysfunction.”

Sunagawa cautions that much work is still needed. “Although our study reveals a mechanism for sleep regulation, the molecular details of the mechanism are still unknown, as is the real relationship between sleep dysfunction and psychiatric disorders.” 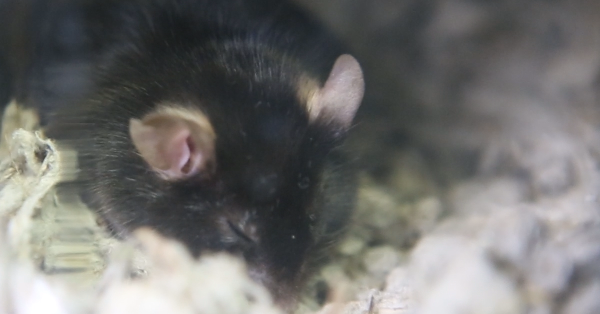