Some animals can enter a hibernation-like state called daily torpor that reduces the amount of energy needed to survive when food is unavailable. Using a combination of experimental data and mathematical modeling, researchers at the RIKEN Center for Developmental Biology have determined that the largest factor that contributes to daily torpor is reduced sensitivity of the thermoregulatory system. Published in Scientific Reports, the study shows that during daily torpor, the body’s compensatory response to lowered temperature is much less than during normal active periods.

Depending on environmental conditions and the availability of food, many animals can slow down their metabolism to save energy. For some animals, this hypometabolism takes the form of seasonal hibernation, which can last weeks to months. Perhaps less well-known, other animals can enter a state called daily torpor in which metabolism is dramatically reduced from several minutes to a few hours.

“While hibernation is associated with the winter season and cold temperatures,” notes first author Genshiro Sunagawa, “we were surprised to discover that instances of daily torpor could be induced at temperatures as high as 24°C (75°F), provided mice did not receive food for 24 hours.”

Many researchers believe that the mechanisms underlying hibernation and daily torpor overlap to some extent, but daily torpor in particular is still not well understood because the available time for taking measurements is usually very small.

Sunagawa and team leader Masayo Takahashi developed a system that can automatically record the metabolic activity and body temperature of mice and identify periods of daily torpor. This method uses values provided by a mouse’s own measurements over a single day to model the expected levels of oxygen consumption and body temperature when the mouse is fully active. The scientists could then detect instances of daily torpor throughout subsequent days as the times when the actual measurements fell below these expected values. This new individualized system outperformed other methods and overcomes the difficulties that arise from variation between individuals and species.

Both the reference temperature and thermoregulatory sensitivity have been shown to drop substantially in hibernation. In contrast, Sunagawa used another mathematical model to show that the major factor affecting daily torpor is reduced sensitivity of the heat producing system.

While the reference temperature was only about 10% lower during torpor, the sensitivity of the system dropped by about 92%. The authors speculate that the difference between daily torpor and hibernation is likely due to the speed at which the animals need to enter and come out of the different states. Because mice enter and come out of daily torpor within hours, the reference temperature cannot drop as much as it does in hibernation.

According to Sunagawa, “these findings will help propel research in hypometabolism because it shows that torpid animals share similar mechanisms with hibernators in heat production regulation. This will justify investigating mice as a model animal for active hypometabolism.”

When animals enter torpor, they greatly reduce oxygen consumption. Understanding how this process works could have implications for human medicine. As Sunagawa explains, “in the long term, this small study is going to be the big first step for next-generation hypometabolism medicine. Simplification of general anesthesia and preventing excessive damage after stroke are easy-to-imagine applications of artificial hypometabolism. Additionally, when regenerative medicine becomes a reality, it will aid in stocking tissues safely and efficiently before transplantation.” 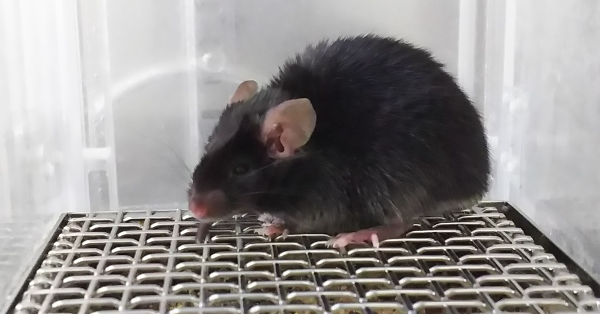 A mouse experiencing a bout of daily torpor