Acyclic retinoid, an artificial compound derived from vitamin A, has been found to prevent the recurrence of hepatocellular carcinoma (HCC), the most common form of liver cancer. Now, in research published in Proceedings of the National Academy of Sciences, scientists have discovered that the compound targets one class of cancer stem cells, preventing them from giving rise to new tumors.

HCC is a highly lethal cancer, which causes approximately 600,000 deaths each year around the world, making it the second deadliest cancer after non-small cell lung cancer. One of the reasons for the high lethality is that it has a high rate of recurrence—surgery and other treatments are initially effective, but the cancer often relapses. As a result, researchers have looked for ways to prevent recurrence, and acyclic retinoid was recently found to be effective in stopping recurrence of tumors. However, scientists were not sure exactly why it worked.

To find clues, a research group led by Soichi Kojima of the RIKEN Center for Integrative Medical Sciences looked at the transcriptome of cells that had been exposed to acyclic retinoid, and found that compared to control untreated cells, they had low expression of MYCN, a gene that is often expressed in tumors and is correlated with poor prognosis. Further experiments, which involved deliberately repressing the expression of the gene in cancer cells, showed that the reduction in MYCNexpression led functionally to slower cell-cycle progression, proliferation, and colony formation, and to greater cell death, implying that the action of the acyclic retinoid on MYCNwas slowing the cancer growth.

"The most interesting part of our finding,” says Kojima, “is when we then looked at different subpopulations of heterogeneous cancer cells. We found one specific group of EpCAM-positive cancer stem cells, where MYCN was elevated. We wondered if perhaps the key to acyclic retinoid’s effect was its ability to target these hepatic cancer stem cells.”

Indeed, experiments revealed that when exposed to acyclic retinoid, in a dose dependent manner, the EpCAM-positive cells were selectively depleted. To test whether this had clinical significance, they took liver biopsies of patients who had been given acyclic retinoid following liver cancer surgery, and found that in four of the six who had received a higher dosage of 600 mg/d but rather than 300 mg/d, there were decreased levels of MYCN expression, suggesting that MYCNexpression in response to acyclic retinoid could be an important part of the difference in recurrence seen in trials. Finally, they looked at data from the Cancer Genome Atlas, and found that elevated expression of MYCNcorrelated with dramatically poorer prognosis.

According to Kojima, “It is remarkable that the acyclic retinoid clearly targets a certain category of cancer stem cells, and this provides us with important hints for decreasing cancer recurrence and truly curing patients. We are waiting to see what clinical data will show us.” 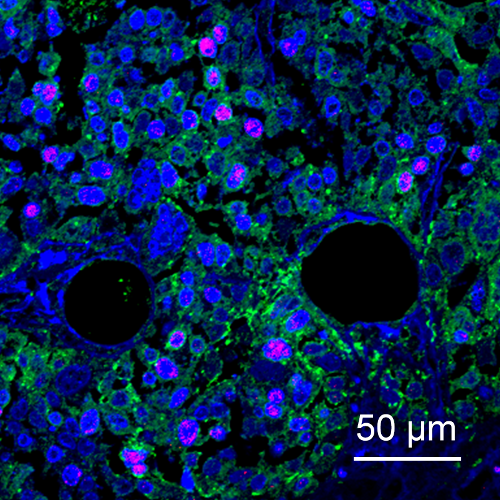