Researchers at the RIKEN Center for Brain Science have discovered a circuit in the brain that is necessary for unlearning fear. Published in Nature Communications, the study details the role of dopamine in ensuring that rats stop being afraid when there isn’t anything to be afraid of anymore.

Like animals, people develop conditioned responses, especially if strong negative emotions are involved. This fact was used beautifully in the movie Jaws as the simple “da-da … da-da” frightened millions without anyone needing to actually be chased or killed by a shark. Normally, fearful reactions will lessen over time as the conditioned stimulus (the music) is dissociated from the fearful experience (watching the movie). This is called fear extinction. When fear extinction does not happen normally, it can lead to anxiety disorders such as post-traumatic stress or phobias.

In order to understand how the brain regulates both the normal and pathological situations, the team at RIKEN performed a series of experiments in rats as they extinguished fearful associations. They reasoned that in order for fear to be extinguished, first an animal needs to recognize when an expected fearful event does not happen. As dopamine neurons in some parts of the brain are known to be active when expected unpleasant events don’t happen, the team looked at dopamine neurons in a part of the brain called the VTA.

After conditioning rats to associate a specific sound (think of it as their Jaws music) with an aversive experience (a mild footshock), the team then began the extinction process. As expected, when the sound was played many times without the footshock, rats stopped behaving as if they were afraid of the sound. However, when VTA dopamine neurons were silenced just after playing the sound—exactly when the rats expected their feet to be shocked—they could not unlearn the fear response. This showed that without VTA dopamine activity at that specific time, the mental link between the sound and the shock could not be removed.

While the results are simple enough, obtaining them required technological effort. As team leader Joshua Johansen explains, “This finding was possible because we were able to manipulate dopamine neurons based on their unique brain connectivity. We used both genetic and brain-circuit specific technologies coupled with techniques for manipulating neural electrical activity in anatomically and genetically defined cell populations.” With this optogenetic setup, they were able to physically shine light into the brain and silence specific dopamine cell populations, which revealed their role in fear extinction.

Now that they have discovered two dopamine pathways that can regulate fear extinction in different ways, the team is working on ways to target these neurons with traditional pharmacology rather than optogenetics. “Pharmacologically targeting the dopamine system will likely be an effective therapy for psychiatric conditions such as anxiety disorders when combined with clinically proven behavioral treatments such as exposure therapy,” says Johansen. “In order to provide effective, mechanism-based treatments for these conditions, future pre-clinical work will need to use molecular strategies that can separately target these distinct dopamine cell populations.” 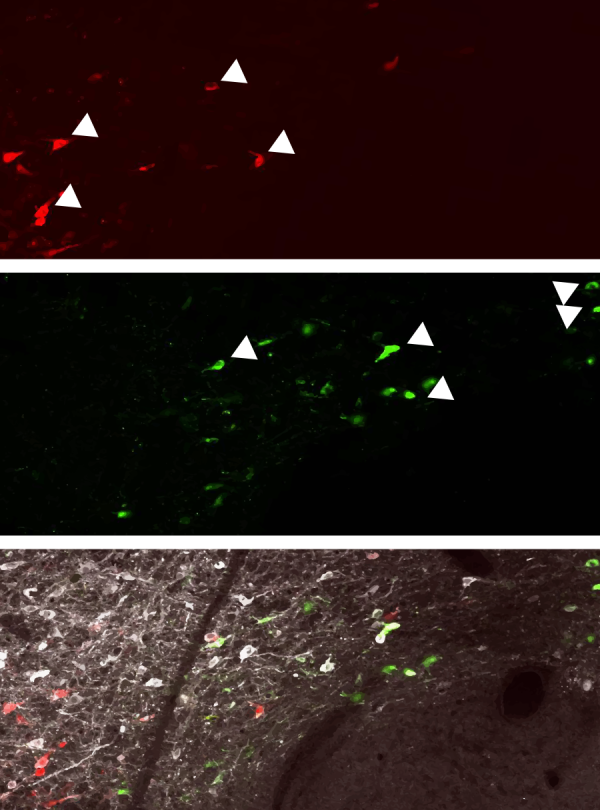