Scientists at the RIKEN Center for Sustainable Resource Science in Japan have found that the protein NGA1 is critical for plants to have normal responses to dehydration. Published in Proceedings of the National Academy of Sciences USA, the study shows how NGA1 controls transcription of a key gene that ultimately allows plants to survive after periods of drought.

Imagine what happens when you forget to water your plants for a week or two. More often than not, they will still be fine after you give them water again. This seems simple enough, but it is actually a complex biological process that depends on a plant hormone called ABA. For successful rehydration, ABA must accumulate during the early stages of dehydration, and then—among other things—act to prevent water loss by closing pores in the plant’s leaves.

While scientists know a lot about ABA and what it does, they did not know much about how ABA begins to accumulate in response to dehydration stress. Lead scientist Hikaru Sato and his team screened a library of 1,670 transgenic plants lines and performed a series of experiments to address this issue.

The screening method the team used was somewhat unique. As Sato explains, “we used a library of plant lines that was created with chimeric repressor silencing technology. This special technique is used for identifying novel transcription factors in plant genetic science.”

Looking for plants with characteristics similar to ABA-deficient mutants, they found a plant line in which overexpression of NGA with a chimeric repressor domain resulted in reduced levels of the enzyme NCED3 during dehydration stress. This was very promising because plants need NCED3 to make ABA, and they next hypothesized that NGA was a transcription factor that could control the production of NCED3, and ultimately the biosynthesis of ABA.

It turns out there is a whole family of NGA proteins, and the team showed that all of them bind to the region of the NCED3 gene that triggers its transcription. But the story is not that simple. The group created transgenic plants for each member of the NGA family and found that NGA proteins are naturally found in different parts of plants, and show different expression patterns in times of dehydration stress. Some were expressed in the roots, while others were expressed in the leaves. The timing of NGA expression also varied among different lines. This meant that it was unlikely that all of them function the same way in response to drought stress.

To determine which NGA proteins were important for natural ABA synthesis, they created knockout mutants for each. All plants grew normally when water was available. After withholding water until the plants withered, NGA1 mutants remained dried up and could not be revived through rehydration. All the other mutants could be rehydrated.

Improving drought tolerance is a top priority for plant scientists. “Several studies have shown that increasing ABA levels can improve drought tolerance in plants,” notes Sato. “Our finding that NGA1 is necessary for ABA biosynthesis will thus likely be helpful for developing new ways to increase drought-stress tolerance.”

Of course, all experiments lead to more questions. The next step for Sato and his team is to find out how drought stress leads to increased levels of NGA1. 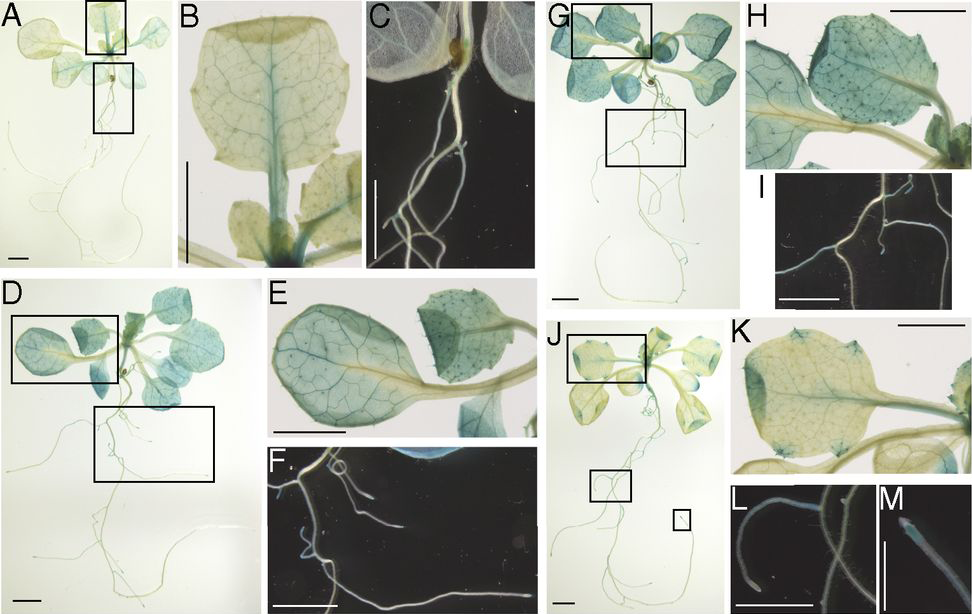 NGA family genes had tissue-specific expression and altered expression levels during dehydration stress. The locations of NGA1 expression can be seen in panels A-C. Image from PNAS webpage. 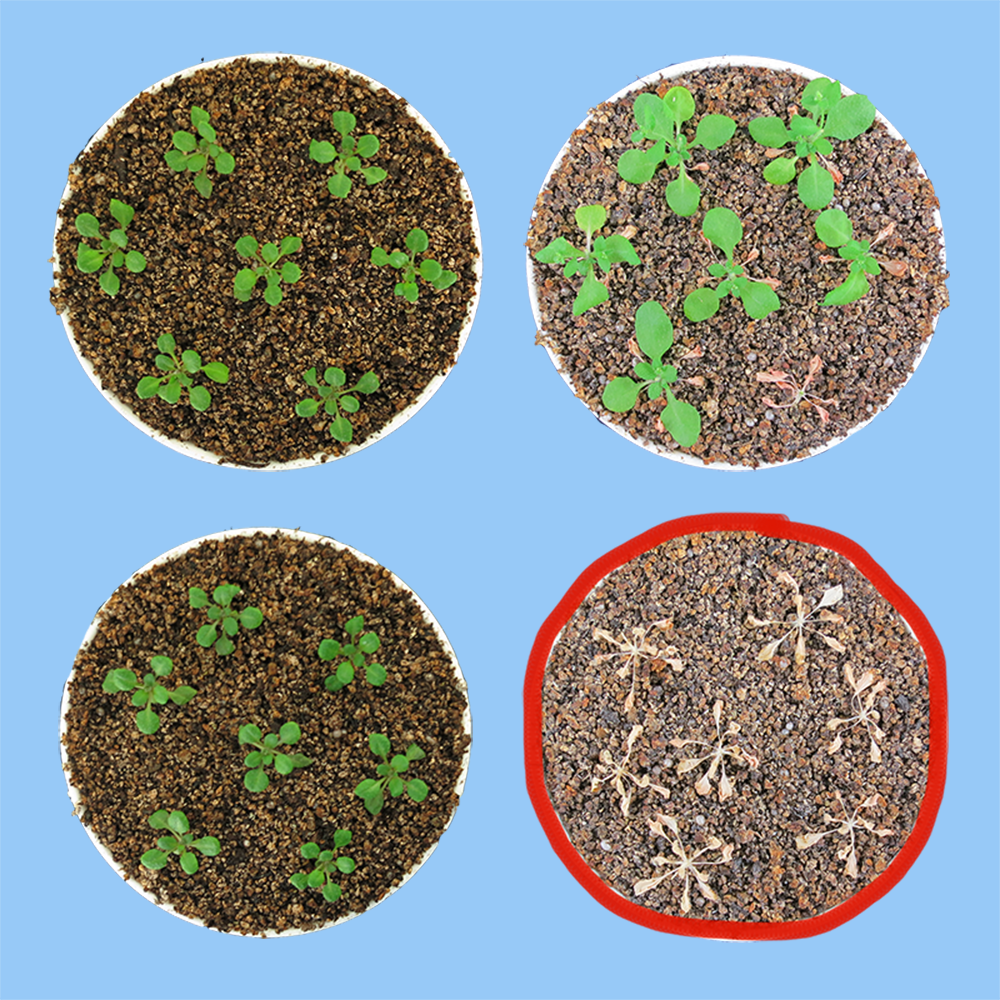