Scientists from the RIKEN Nishina Center for Accelerator-Based Research and collaborators have used the center’s heavy ion accelerator, the RI Beam Factory, to demonstrate that nickel 78, a neutron-rich “doubly magic” isotope of nickel with 28 protons and 50 neutrons, still maintains a spherical shape that allows it to be relatively stable despite the large imbalance in the number of protons and neutrons. They also discovered a surprise, with the observations from the experiment suggesting that nickel 78 may be the lightest nucleus with 50 neutrons to have a magic nature. Lighter isotones—meaning nuclei with the same number of neutrons but different number of protons—despite having the magic number of neutrons, would inevitably be deformed.

Grasping the validity of the magic numbers in extremely neutron-rich nuclei is crucial to understanding why our universe has the mix of nuclei that we see today. Elements heavier than iron are not synthesized in the normal burning of stars, but are mainly created through two processes, known as the s-process and r-process, which involve nuclei capturing extra neutrons. The r-process—a process in which neutrons are rapidly absorbed—is particularly important as it is responsible for the creation of certain neutron-rich nuclei. During the process, nuclei accumulate neutrons until they reach a state where they can no longer accept them—known as waiting points—and then undergo a process known as beta decay, where they lose a neutron but gain a proton, allowing them to begin to accept new neutrons. The r-process, which accounts for about half of the production of nuclei heavier than iron, can only take place in extraordinary neutron-rich environments such as supernova explosions and neutron star mergers like the one that was observed in 2017.

The precise location of these “waiting points” is not well understood, however. What complicates the process is that “magic” numbers of either protons or neutrons—equivalent to the idea of closed electron shells in chemistry—make the nuclei more resistant to capturing further neutrons. One well known magic number if 50 neutrons, but it has been unclear whether this number is preserved for extremely neutron-rich nuclei. To get an answer, the group decided to experiment with nickel 78, a doubly magic isotope that has only recently become accessible to experimentation thanks to powerful accelerators such as the RI Beam Factory in Japan, which they used. To perform the experiment, published in Nature, they combined observations from the MINOS detector operated by CEA in France and the DALI2 detector operated by RIKEN, both located within the RIBF complex. They generated a beam of uranium 238 and used it to bombard a target of beryllium, forcing the uranium to fission into isotopes such as copper 79 and zinc 80—both of which have 50 neutrons. These two beams were then sent to hit a hydrogen target, where they sometimes produced nickel 78, the focus of the research.

Using gamma ray detectors, the group were able to show that nickel 78 is indeed, as predicted by calculations, relatively stable, maintaining a spherical rather than deformed shape. “We were happy,” says Ryo Taniuchi of the University of Tokyo and the RIKEN Nishina Center for Accelerator-Based Science, “to be able to show experimentally that nickel 78 does maintain the spherical shape that calculations predicted it would. We were surprised, however, to discover that the nucleus also has a competing shape, which is not spherical, and that any lighter isotone than the one we used would be subject to this deformation and would not maintain its magic nature.”

According to Pieter Doornenbal of the Nishina Center, “This is an important finding, as it gives us new insights for how magic numbers appear and disappear across the nuclear landscape and affect the process of nucleosynthesis that led to the abundance of isotopes that we see in the universe today. We intend to do further experiments with even lighter isotones with 50 neutrons to experimentally demonstrate this finding.”

The work was done by RIKEN scientists in collaboration with a number of institutes around the world including the University of Tokyo and the French Alternative Energies and Atomic Energy Commission. 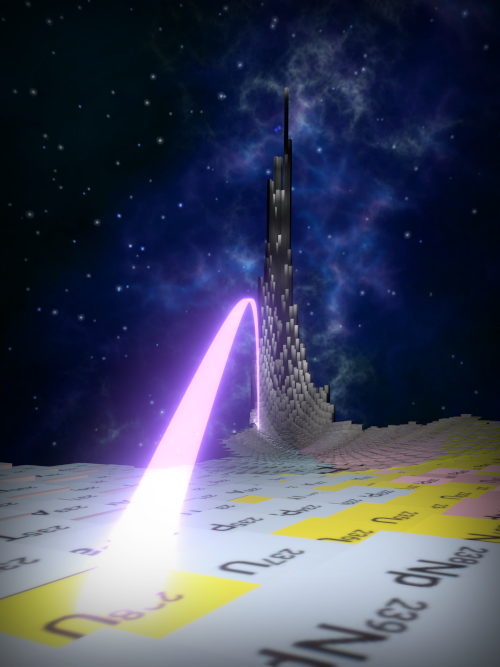 The position of nickel 78 on the chart of nuclides 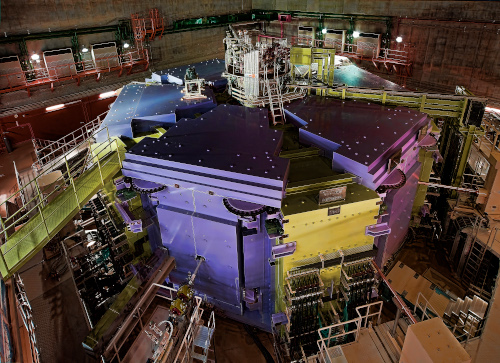