Researchers can now see how the two sides of the living brain mirror each other thanks to a new combination-imaging technique. The method dubbed “opto-OISI” takes advantage of rapidly developing high-resolution optical technologies to help make sense of the trillions of connections in the brain. Published on April 23 in the open-access journal Scientific Reports, the study allows us to see how living monkey brains are wired in ways that were previously only accessible using invasive methods or post-mortem samples.

Understanding the anatomy that connects brain areas together is key to deciphering the chains of signals that contribute to complex brain functions. For example, in the case of vision, we know that what we see on our left is processed by the right hemisphere of the brain, while what we see on the right is processed by the left hemisphere. Only when the two halves can “talk” to each other do we get a complete visual perception of the world. “Unpacking a complex cognitive function like vision into the activities of individual neurons and their connections, or circuits, requires a high-resolution method, which is why we combined the power of optical intrinsic signal imaging (OISI) with the genetic targeting offered by optogenetics,” says lead author Yu Nakamichi of the RIKEN Center for Brain Science. Opto-OISI allows connections across brain areas to be mapped point-to-point while activity at both ends can be recorded and analyzed for functional correspondence, like a real-time GPS combined with a recording of live chatter between neurons.

The researchers studied the macaque visual cortex, which is at the back of the brain where left and right hemispheres are separated. They first optogenetically stimulated a ‘source’ area in the right hemisphere with a beam of light and then observed a left hemisphere ‘target’ area with OISI. “The benefit of this combined method is precise targeting of neurons that are made light-sensitive through optogenetics, without having to make any guesses about where they might be connected,” says Nakamichi, “We know from anatomy and electrophysiology that left and right hemispheres are connected through the corpus callosum, but now we can see just how precisely the two sides mirror each other.” The new method allows this without making any assumptions about retinotopy—the map of the visual world that is consistent from eye to brain.

The results, which were repeatable across experiments and across numerous monkeys, reveal that connections between hemispheres have point-to-point precision. Because these results were also validated with the more traditional, but also more invasive, method of electrophysiology, opto-OISI appears to be a reliable, high-resolution alternative for imaging the living brain. “Even in the well-understood visual cortex, we actually discovered connections between the hemispheres that we couldn’t see before with other methods,” says Nakamichi. Now that opto-OISI technique has been validated in the visual cortex, the real benefit will be in revealing connections in and across other brain regions that are less clearly structured and which are responsible for more cognitive types of processing, such as facial recognition. 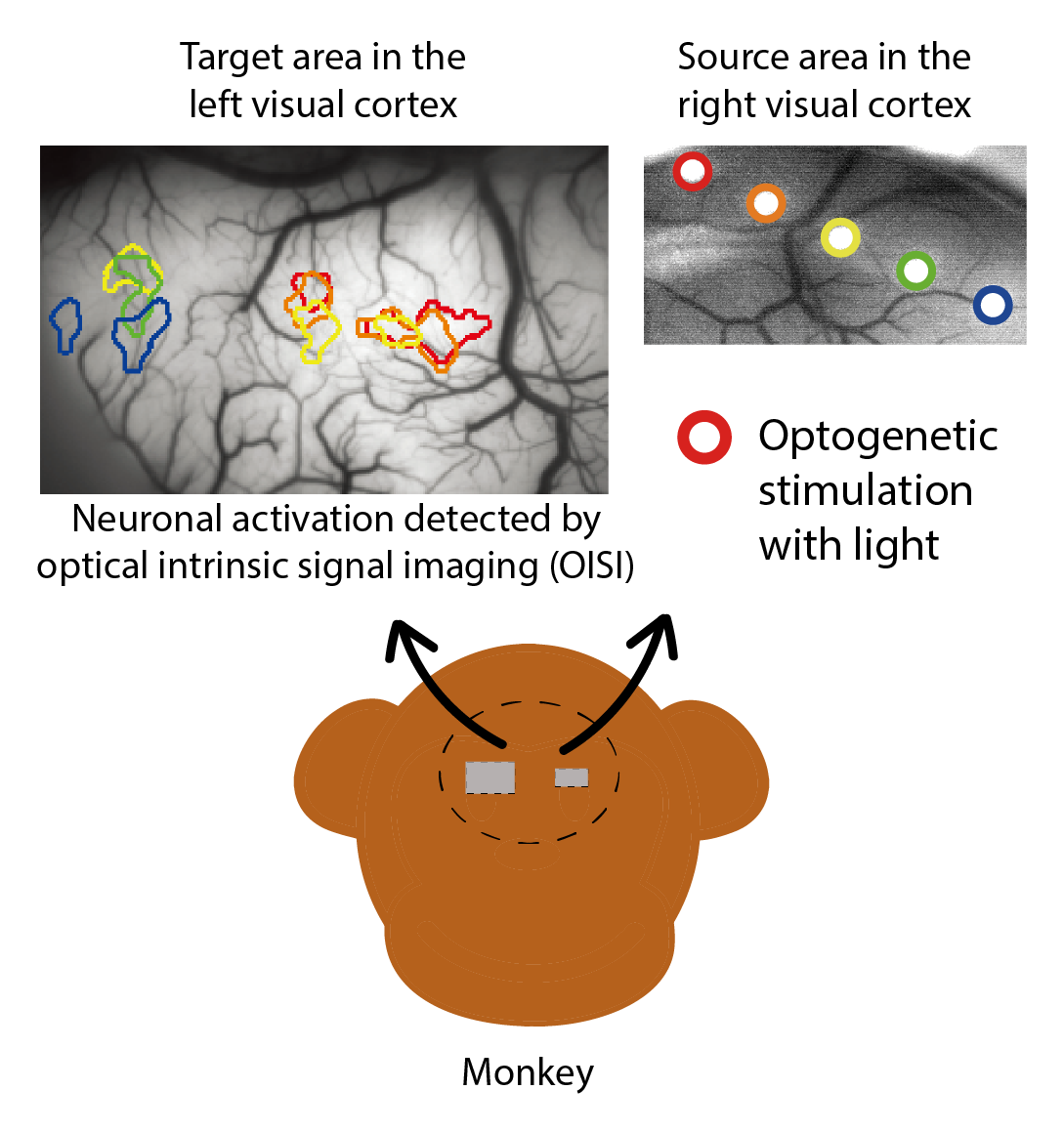