Researchers led by Katsunori Tanaka and Kenward Vong at the RIKEN Cluster for Pioneering Research (CPR) in Japan have demonstrated that tumor growth can be reduced by therapy that tags cancer cells with different therapeutic molecules. In one case, the group was able to prevent tumors from forming in mice by targeting cancer cells with a compound that makes it difficult for the cells to clump together and form tumors. For tumors that already existed, they targeted cancer cells with toxic compounds that destroyed them. This study was published on April 23 in Science Advances.

One of the major problems with current cancer treatments is that their effects are not limited to cancerous cells in the body. The side effects of chemotherapy are well known—hair loss, nausea, exhaustion, compromised immune system, and nerve damage. Being able to specifically target cancer cells—and only cancer cells—with therapeutic compounds is a dream that is slowly becoming a reality, and the new study by Tanaka’s group at RIKEN CPR is the proof-of-concept. As Tanaka says, “We have succeeded for the first time in treating cancer using metal-catalyzed chemistry in mice.”

The process builds on the group’s previous work that uses artificial gold-based enzymes—generally called metalloenzymes—to tag proteins inside the body. The tagging agent and the metalloenzyme are both injected into the body, but separately. The metalloenzyme itself is designed to be glycosylated, meaning it has sugar chains called glycans attached to its surface. Specific glycans are chosen so that they can bind to the target cells in the body. For instance, different cancer cells can be identified by the unique types of lectins—glycan-binding proteins—that are embedded in their outer membranes. For this experiment, the researchers built a glycosylated metalloenzyme that would be able to attach itself to the specific lectins that are on the outside of HeLa cancer cells, thus targeting them. After the tagging agent reacts with the metalloenzyme, it can perform the desired function and tag the protein of interest on the cancer cell. In this way, only cancer cells targeted by the glycosylated metalloenzyme can be tagged.

The team performed two major targeted drug-delivery tests. The first test used a form of RGD that became functional after reacting with the artificial enzyme bound to the target cancer cell. RGD was chosen because prior testing indicated that it interferes with the ability of cancer cells to clump together and form tumors. They injected mice with HeLa cancer cells, and then injected them with both the glycosylated metalloenzyme and RGD. Control mice were injected with the artificial enzyme alone, RGD alone, or saline. The mice were monitored for 81 days. While all the controls developed tumors and died well before 81 days had been reached, the mice treated with the selective cell therapy with RGD tagging had a survival rate of 40%. Imaging analysis indicated that tumor onset and progression were disrupted by the treatment.

The second test was designed to attack tumors that had already formed. For this, the team used the same glycosylated metalloenzyme, but with a form of non-toxic doxorubicin that became functional after reacting with the metalloenzyme. Prior testing showed that the agent was harmless until it interacted with the metalloenzyme, at which time it released toxic doxorubicin. In this way, only targeted cancer cells were affected by the drug. Testing in mice was similar to testing with RGD, except that tumors were allowed to develop for a week before injecting the artificial enzyme and tagging agent. Mice receiving the real treatment showed reduced tumor growth and a higher survival rate over the course of 77 days.

“We were able to use our system to carry metalloenzymes to cancer cells in living mice, which reacted with tagging agents to deliver targeted drug therapies that reduced tumor onset and growth,” says Tanaka. “The next step is certainly clinical application in humans.” 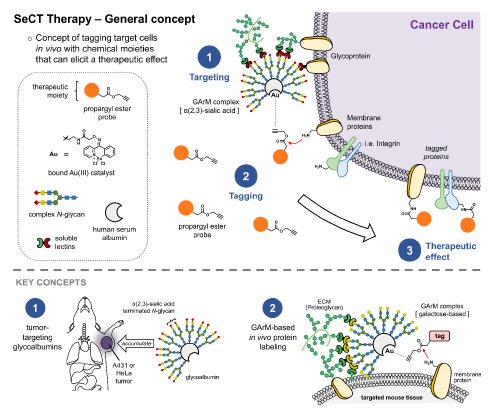 Fig 1. Selective Cell Tagging (SeCT) therapy is a concept based on tagging specific cells in vivo with therapeutic chemical compounds.
Here, gold-mediated, propargyl ester-based protein labeling was combined with tumor targeting glycoalbumins to make a glycosylated metalloenzyme that can label tumor cells in mice with drugs that fight cancer. 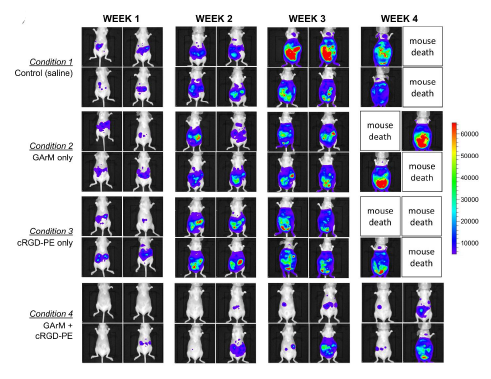 Fig 2. Imaging results showing a representative set of mice monitored for the onset and progression of HeLa tumors over a period of four weeks.
Note that mice in the test condition (4) survived beyond 3 weeks, unlike the control mice in conditions 1-3.