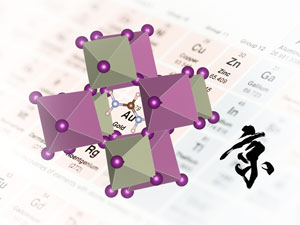 Figure 1: Perovskites share a characteristic structure (above), but can contain various elements in thousands of different combinations. Adapted with permission from Ref. 1. © 2018 American Chemical Society

Using one of the world’s most powerful supercomputers, RIKEN researchers have identified a material that could boost the commercial prospects of a new type of solar cell1.

Perovskite materials can harvest light to produce electricity in solar cells. Since 2009, the efficiency of perovskite cells has soared from less than 4 per cent to more than 22 per cent. The most successful perovskite compounds are composed of a metal (usually lead), halogens such as iodine, and positively charged ions such as methylammonium (Fig. 1).

Lead halide perovskites are cheap and easy to manufacture, but they face significant challenges. Lead is toxic, which may pose difficulties for commercialization; and there are questions over the long-term stability of the materials. This has led researchers to seek out alternative perovskites that avoid lead, offer higher stability, and use widely available elements, without sacrificing performance.

Making and testing these materials in the lab is laborious. So Takahito Nakajima and Keisuke Sawada of the RIKEN Advanced Institute for Computational Science used RIKEN’s K computer to screen over 11,000 possible perovskites and identify the most promising materials.

“Several computational screening studies for perovskite solar cells have been reported,” says Nakajima. “Our selling point is that we performed a more massive computational simulation by using the K computer.”

The researchers simulated the properties of perovskite materials with many different compositions, selected from almost 50 different metals; various combinations of the halogen elements chlorine, bromine and iodine; and three positively charged ions.

They then weeded out perovskites that had unsuitable properties. Since the light-absorbing material in a photovoltaic cell has to be a semiconductor, they rejected any metallic perovskites. They whittled down the list further by selecting only those materials that could generate a current by absorbing visible light, rather than relying on ultraviolet light. Next, they chose perovskites based on other key properties, including how effectively charge would flow through them and how stable they would be. Finally, they eliminated perovskites containing toxic metals such as mercury and cadmium.

This selection process left a grand total of 51 different materials. “The number of identified candidates was fewer than we had expected,” says Nakajima.

Some of the best candidates contained both rhodium and indium. But since rhodium is very expensive, the team suggests that cheaper cobalt could take its place and its properties be fine-tuned using an alternative positive ion.

The researchers now plan to collaborate with other groups to synthesize these perovskites. They also hope to simulate other types of perovskites, including oxides and nitrides.