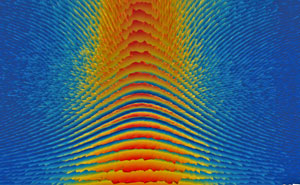 Figure 1: Spins in a quantum dot device can be manipulated millions of times per second with electronic pulses and micro-magnetic fields; the orange peaks represent the probability of seeing a spin-up state over microsecond time frames. © 2018 RIKEN Center for Emergent Matter Science