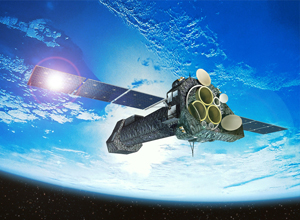 The tussle for electrons between hot and cold matter at the heart of galaxy clusters has been illuminated by an analysis of x-ray data from 21 galaxy clusters conducted by a RIKEN scientist and colleagues1. The findings should give astrophysicists more insights into how stars form.

Astronomers believe that when atoms in cold gas clouds smash into hot, ionized particles at the core of galaxy clusters, single electrons are stripped from the colder atoms and bind to the hot ions—a process known as charge exchange. The captured electrons initially have a high energy, which they rapidly lose by radiating characteristic x-rays. But these x-rays are hard to detect as they are usually swamped by much stronger heat signals from the cluster.

Hints of charge exchange appeared in 2014, when astronomers observed a bizarre x-ray signal emanating from the Perseus cluster. Some researchers proposed that this was caused by a new particle, but Liyi Gu at the RIKEN Nishina Center for Accelerator-Based Science and colleagues created a model that showed that it could be produced by charge exchange involving electrons captured by hot sulfur. However, independent analyses failed to confirm the presence of the signal.

Now, Gu’s team has sifted through x-ray data from 21 galaxy clusters collected by the European Space Agency’s X-ray Multi-Mirror Mission telescope for more convincing evidence (Fig. 1). They calculated that charge exchange involving oxygen ions should produce an x-ray signature at about a quarter of the energy of that for sulfur ions. After filtering out signals generated by heat, the researchers found this signature. Furthermore, its intensity matched that predicted by their model. 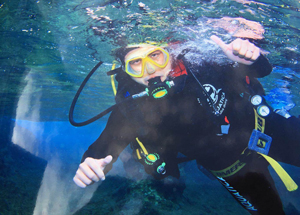 The analysis has implications for understanding how stars form and create elements such as oxygen. If Gu’s team is correct, then astronomers may have overestimated the amount of oxygen in clusters by up to 20 per cent through not fully accounting for charge exchange, skewing their models of star formation.

The team’s findings may not be corroborated until the launch of higher resolution x-ray telescopes, such as JAXA and NASA’s X-ray Astronomy Recovery Mission (XARM), which is scheduled for 2021. XARM will enable astronomers to monitor charge exchange and to investigate why giant clouds of cold gas exist within otherwise hot clusters.

“The delicate balance between cooling and heating is one of the biggest mysteries of galaxy clusters,” says Gu. His model could indicate the composition of the hot and cold regions and their collision speed. “It will be the first time we can remotely study an interface without seeing it in an image. It will for sure help to solve the mystery.”