Regulation of circadian rhythms by a peripheral body clock 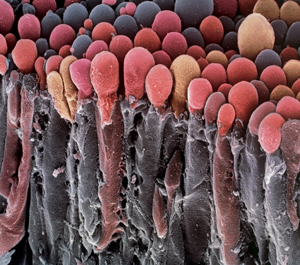 The mammalian body clock controls biological function in cycles of approximately 24 hours. Generated within the body, this circadian rhythm is modulated by external cues such as sunlight and food. The suprachiasmatic nucleus (SCN)—a tiny region of the brain in the hypothalamus—has long been regarded as the master clock of circadian rhythms.

In addition to the SCN, various other tissues and organs throughout the body can maintain autonomous circadian rhythmicity. These peripheral clocks are coupled to SCN rhythms, but until now it was unclear whether they could influence the SCN clock.

One of these peripheral clocks is the choroid plexus, an organ that lines the brain ventricles and produces cerebrospinal fluid, a nutritive fluid that protects the brain and removes waste materials.

When Toru Takumi of the RIKEN Center for Brain Science and colleagues monitored the circadian rhythm in brain explants from mice, they were surprised to discover that the robust and persistent oscillation in the expression of clock genes in the choroid plexus exceeded that of the master SCN clock. 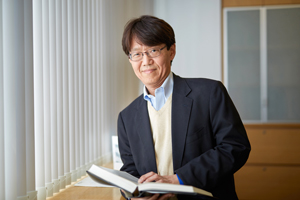 Toru Takumi and co-workers have found that the choroid plexus is an important regulator of suprachiasmatic nucleus-driven circadian rhythms. © 2018 RIKEN

“We expected the SCN to be the strongest rhythm center,” Takumi recalls. “But much to our surprise, and largely by chance, we found more robust rhythms in the choroid plexus.”

Using tissue co-culture experiments and mice in which the clock gene Bmal1 had been deleted in the choroid plexus, the team demonstrated that the choroid plexus could adjust the SCN clock to fine-tune circadian rhythms.

The researchers suggest that the choroid plexus may diffuse its clock signal to the SCN through ventricular circulation of the cerebrospinal fluid. The clearance of waste products in the brain such as beta-amyloid through the cerebrospinal fluid via the glymphatic clearance pathway has been shown to function mainly during sleep, raising the intriguing possibility that the choroid plexus clock regulates the daily variations in glymphatic clearance.

The results could have implications for sleep. “The interstitial space in the brain increases in volume during sleep, and faster clearance of waste products such as beta-amyloid is also observed during sleep,” says Takumi. “Thus, the choroid plexus clock may be important for sleep too.”

The study highlights the need both to further understand the physiological significance of the choroid plexus clock’s robust rhythm and to re-evaluate the established hierarchical view of circadian clock organization.