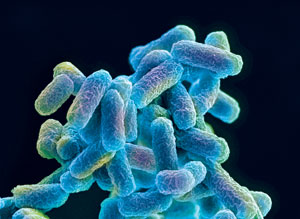 A schematic depiction of Escherichia coli bacteria. These bacteria usually dwell in the intestines of humans and other animals. © STEVE GSCHMEISSNER/SCIENCE PHOTO LIBRARY

Microbes are actually miniature chemical factories. They are constantly breaking down complex molecules and then using the components to make new compounds that they need to survive and thrive. People have been harnessing this quality in yeast microbes for millennia—yeast helps us produce alcoholic drinks and fermented foods, including cheese and yoghurt. But recent developments in genetic engineering mean biotechnologists can now tinker with the metabolic pathways of microbes so that they produce industrially important chemicals, cutting down on the energy-intensive conversion of petrochemicals. Metabolic engineering is an emerging field and it’s only just beginning to have an impact on the commercial world, but some promising examples of widespread uptake exist. Bioethanol, for example, is a form of renewable energy and billions of liters are made each year from feedstock by yeast in both Brazil and the United States. Ajinomoto, a multinational Japanese food and beverage company, is also using the method to produce amino acids that can enhance the flavor and nutrition content of their products.

New research at RIKEN suggests that the production of an organic compound called maleic acid could be the next to benefit from engineered microbes. Over 1.8 million metric tons of maleic anhydride—the main derivative of maleic acid—was produced in 2007. While it’s not much to look at (it’s a colorless crystal that resembles sugar) maleic acid is important to a number of chemical processes and is essential to the production of everything from surface coatings and polyester resins, to lubricant additives and agricultural chemicals. At the moment, maleic acid is produced from benzene —a toxic, volatile, flammable liquid hydrocarbon byproduct of coal distillation that has to be processed at high pressures and temperatures. 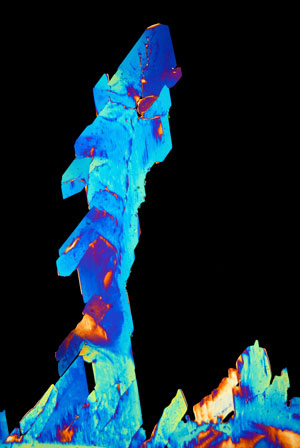 Shuhei Noda and his colleagues at the RIKEN Center for Sustainable Resource Science are working on a more environmentally friendly production method using a genetically modified Escherichia coli—a common bacterium that usually inhabits the intestines of people and other warm-blooded animals. While it’s the first time microbes have been used to produce this substance, Noda’s team has already been able to produce significant quantities in the laboratory1.

Their microbe production method, says Noda, has some major advantages over the current process. “The reaction conditions for our process are very gentle,” he points out. “In addition, by using microbes, maleic acid can also be produced from renewable feedstocks such as sugar, glucose and other biomass sources.”

The researchers used genetic recombination, an engineered version of genetic material swapping that naturally helps bacteria adapt, to modify the DNA of E. coli so that it joined two metabolic pathways: one that breaks a ring of benzene molecules and another that produces a secondary metabolite. The team then incubated the genetically modified bacteria in one-liter fermenters and harvested maleic acid from the liquid at the top of the fermenters. Noda also points out that manipulating these genetic changes could be easier if they use a new technique called CRISPR-Cas9, which is currently taking the genetics world by storm.

Other dicarboxylic acids have been made in commercial quantities by microbes—notably to help produce synthetic musk scents for perfumes in Japan—but Noda says that maleic acid was particularly challenging because it’s the mirror image of another dicarboxylic acid that E. coli produces naturally. That might seem like an advantage to the uninitiated, but it’s actually very difficult to turn mirror-image chemicals into one another and so the researchers had to do a lot of tinkering to get E. coli to produce maleic acid.

On a practical level, the yield levels of maleic acid were also an important consideration to the team. “After constructing this biosynthesis pathway, we had to enhance its productivity,” Noda says. “That required making a lot of gene sets, which allowed us to identify a bottleneck in the synthesis pathway.”

There’s still room for improvement, says Noda. The maximum theoretical yield for maleic acid is over twice the current amount, and so the researchers are exploring ways to boost production. It also takes E. colifive days to make significant amounts, so they would like to speed up the process. “Various steps need to be optimized, including the processes for supplementing raw materials, developing large-scale fermentation systems and separating products,” Noda says.

In addition to continuing their experiments, Noda is very keen to find industrial partners to collaborate with his team to help take their environmentally friendly production method from the lab to the world sooner. 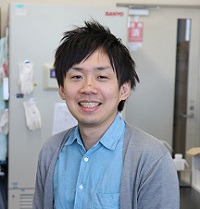 Shuhei Noda earned his PhD in 2013 from the Department of Chemical Science and Engineering at Kobe University supported by a Research Fellowship for Young Scientists from the Japan Society for the Promotion of Science (DC2). Soon after, he began work with the Cell Factory Research Team at the RIKEN Center for Sustainable Resource Science. Noda moved on to became a research scientist in 2018. His research interests include metabolic engineering, synthetic biology, fermentation technology, enzyme engineering, among other things.