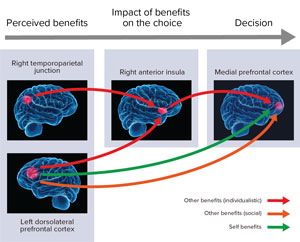 Figure 1: RIKEN researchers have found that the neural processes by which social value is converted into self-oriented decision making in the human brain differ between individualistic and social people. © SEBASTIAN KAULITZKI/SCIENCE PHOTO LIBRARY

Neuroscientists at RIKEN have discovered how the brain factors in the benefits our decisions bring to others in the decision-making process1. It turns out that the neural processes differ between socially oriented people and those who are more self-focused.

Many decisions we make affect not just us, but also those around us. This is why we weigh up how our actions will affect others as well as ourselves when making decisions. While many studies have examined how the brain evaluates benefits to others when making decisions, it was not known how brain signals based on the perceived value to others are converted into brain signals used in decision making.

Now, Hiroyuki Nakahara of the RIKEN Center for Brain Science and co-workers have used a combination of behavioral analysis, computational modeling and brain imaging to explore this. They discovered that there are three stages to this process, which occur at three different brain regions—the regions responsible for social interactions (right temporoparietal junction and left dorsolateral prefrontal regions), empathy (right anterior insula) and decision making (medial prefrontal cortex) (Fig. 1).

The team asked 36 subjects to choose one of two options—one that benefited both themselves and others, and the other that just benefited themselves—while imaging their brains using functional magnetic resonance imaging. 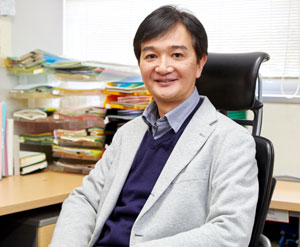 Hiroyuki Nakahara and his team have discovered the neural processes by which social value is converted into self-oriented decision making in the human brain. © 2019 RIKEN

The researchers found that in the first stage, the brain assesses the perceived benefit to others. In the second stage, this perceived benefit is converted into an intermediate value that represents the impact of the benefit on the choice. Finally, the third stage involves making the decision.

The team obtained different results for subjects classified as social or individualistic based on their responses to a questionnaire. “Interestingly, our results indicate that even when the two groups exhibited similar behavior, the underlying neural processes were different,” says Nakahara. “This suggests that social value conversion is fundamental for a wide range of social behavior.”

The researchers are extending this work to more complex situations. “When we consider important moments in our lives, most of them are social. So a large part of being human is social behavior,” says Nakahara. “In the future, we hope to uncover key computations for social decision making in the human brain. For instance, we are investigating how humans seek to make better decisions by predicting the decisions of others.”