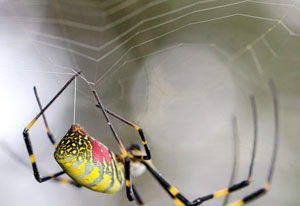 Figure 1: Silk being secreted from a spider’s abdomen. Chemists at RIKEN have shown the role that ions play in the formation of spider silk. © 2019 RIKEN Center for Sustainable Resource Sciences

The role ions play in the production of spider silk has been revealed by an all-RIKEN team1. This finding will help researchers in their long-term goal of producing artificial spider silk.

Spider silk is one of nature’s super materials. It’s light, flexible and biodegradable, while being stronger than steel.

But spiders are cannibalistic and cannot be cultivated like silkworms. “We can’t farm spiders because they kill each other,” explains Nur Alia Oktaviani of the RIKEN Center for Sustainable Resource Science (CSRS). “In our lab, if we don’t keep them in separate boxes, they start fighting to the death within seconds.”

There are still many things scientists don’t understand about how spiders produce silk. “We’d like to discover the secrets of natural spinning systems,” comments Oktaviani. In particular, it is not clear how the liquid in the spider’s abdomen solidifies into a fiber on being ejected from the spider’s spinning duct.

Now, Oktaviani and Numata, with two co-workers, have used nuclear magnetic resonance (NMR) to see how ions affect the shape and dynamics of a highly pure form of spider silk protein produced by bacteria that had been genetically engineered to produce the protein. 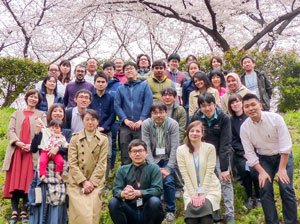 The researchers discovered that two types of ions in a spider’s abdomen have different effects on spider silk protein. Ions such as sodium and chlorine inhibit the formation of bonds between the molecules of spider silk protein and thus keep it in the liquid state. In contrast, ions such as phosphate and sulfate promote the formation of hydrogen bonds between protein molecules and hence promote the solidification of spider silk.

The team was inspired to look at the effects of ions in previous studies that had found that an ion gradient exists inside a spider’s abdomen: the concentration of the bond-inhibiting ions decreases towards the end of the spinning duct, whereas that of the bond-inducing ions increases. This gradient now makes perfect sense in light of the current results: the spider silk protein needs to be liquid in the spider’s abdomen, but it needs to solidify on ejection from the spinning duct.