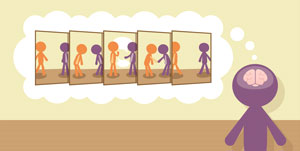 Figure 1: Using a theoretical model of neural circuits, two RIKEN researchers have shown that inhibitory circuits in the brain can allow longer patterns to be recalled by associative memory. © 2019 Milena Menezes Carvalho

In a surprise finding, two RIKEN researchers have used a theoretical model to show that neural circuits with an inhibitory function play an important role in memory1. This finding will help neuroscientists better understand how memory works.

In everyday life, our brains often make associations between two unrelated things that occur at the same time. An example might be jogging while listening to music. When you play back the music after the jog, you may find yourself recalling the places where you were jogging at different points in the music.

This phenomenon is called associative memory. It was thought to be underpinned by the formation of connections between neurons that fire at the same time via excitatory neural circuits. But theoretical models of brain circuits that include only excitatory circuits indicate that the association of patterns occurs over much shorter times than those observed in real life.

Now, Tatsuya Haga and Tomoki Fukai of the RIKEN Center for Brain Science have created a more realistic model of memory by showing that including inhibitory circuits in a model of associative memory allows longer episodes to be remembered.

The researchers suspect that new associations form through the balance between excitatory and inhibitory activities. Inhibitory activity could be regulated by a neuromodulator in the brain called acetylcholine, which is known to play a role in memory. “Some experimental research suggests that acetylcholine affects inhibitory sites,” says Haga. “So we speculate that our model can give insights into the role acetylcholine plays in changing inhibition.”

Haga added inhibition to a traditional model published over 25 years ago, but he wasn’t expecting much. “Dr. Fukai and I were discussing the model in that paper one day, and I thought it would be interesting to try,” he recalls. “This role of inhibition in associative memory came as a surprise to us. We weren’t expecting anything would happen, but when we tested it, we discovered that something interesting occurred.”

This discovery will help inform research into how the brain learns. “The role of inhibition in learning is a hot topic in neuroscience,” notes Haga. “Our finding may give insights to neuroscientists who are working on the computational role of inhibitory circuits.”

In the future, the pair intends to increase the complexity of their model to make it closer to what happens in the brain. “The present study was a completely theoretical, mathematical investigation,” says Haga. “We now want to build a more biologically plausible, experimentally testable model.”