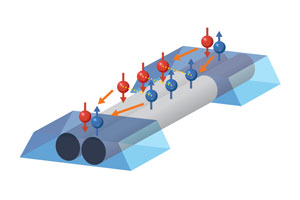 Figure 1: A Josephson junction can split and recombine Cooper pairs of electrons as they travel through two nanowires. © 2019 RIKEN Center for Emergent Matter Science

A device that can separate and recombine pairs of electrons may offer a way to study an unusual form of superconductivity, according to RIKEN physicists1. This superconducting state would involve exotic particles called Majorana fermions that could prove useful in developing quantum computers.

Now, Sadashige Matsuo of the RIKEN Center for Emergent Matter Science and colleagues have created a device called a Josephson junction, which can efficiently split these Cooper pairs as they travel from a superconductor into two one-dimensional normal conductors (Fig. 1). Previously, most investigations of Cooper-pair splitting have been done using zero-dimensional ‘quantum dots’ connected by superconductors.

The device had two aluminium electrodes, which become superconducting when cooled to just 1/20th of a degree above absolute zero. The electrodes are bridged by two semiconductor nanowires. The team was able to achieve efficient splitting of Cooper pairs when the electrons traveled in the nanowires without being scattered by objects such as quantum dots. This is in contrast with previous studies. 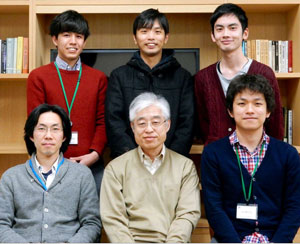 Sadashige Matsuo (center of second row) and his co-workers have developed a device that can separate Cooper pairs of electrons, potentially offering a way to study Majorana fermion particles that may be useful in quantum computing. © 2019 RIKEN

As Cooper pairs travel between the superconducting electrodes, they can either stick together and travel along a single nanowire conductor, an effect known as local pair tunneling, or they can split so that each electron travels through a different nanowire. Despite their physical separation, the two electrons are connected via an effect called quantum entanglement.

By fine tuning the voltage that controlled the flow of electrons, the team ensured that more than half of the Cooper pairs split up as they traveled through the nanowires, proving that the device could suppress local pair tunneling (due to the electron–electron interactions in the nanowires). On reaching the other side, the electrons recombined into Cooper pairs. The researchers also found that applying a magnetic field curbed Cooper-pair splitting more than local pair tunneling.

These results indicate that the device could be used to generate what is known as a topological superconducting state, in which the superposition of an electron and a hole generates Majorana fermions, a peculiar kind of particle that is equivalent to its own antiparticle. Majorana fermions are of interest because they could be used as quantum ‘bits’ that carry information in certain types of quantum computer, which promise to have vastly greater processing power than conventional technologies allow.

“Our next step is to seek fingerprints of the Majorana fermions in the superconducting junctions of a double nanowire,” Matsuo says.