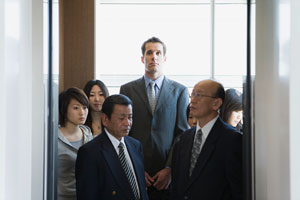 Most genetic studies on height have focused on individuals of European descent. Now, RIKEN researchers have discovered dozens of gene variants specific to East Asians that underpin how tall people are. © Image Source/Getty

The largest genetic study of human height in an Asian population has revealed dozens of rare DNA variants specific to people of the region1. The findings deepen our understanding of the complex interactions among genes that contribute to normal growth. They also highlight some of the similarities and differences underlying genetic determinants of height in different parts of the world.

Your height is largely determined by the DNA sequence variants that you inherited from your parents. There are thousands of genes that affect bone growth, cartilage development and other physiological processes. Scientists know this thanks to numerous large studies performed mostly on people of European descent. But since different populations typically harbor many unique genetic variants, the global picture of height genetics is far from complete.

To help fill in that picture for East Asia, Yoichiro Kamatani, the former head of the Laboratory for Statistical Analysis at the RIKEN Center for Integrative Medical Sciences (IMS), Masato Akiyama, who is also at the IMS, and their colleagues turned to the BioBank Japan Project, a collection of genetic and clinical data collected from nearly 200,000 individuals living across the country. They had previously mined this scientific treasure trove to better understand the genetics of body mass index and various traits linked to human disease. In their latest effort, the group searched for connections between adult height and some 28 million different sites across the genome.

They described a total of 573 height-associated variants, including 64 occurring at low frequencies in the Japanese population. These rare variants—many of which appear to be specific to East Asians—were mostly linked to genes involved in increasing height, whereas rare variants found in Europeans tend to have the opposite effect and constrain height.

“The genetic architecture of human height is generally similar between Japanese and European populations,” says Kamatani. “However, we have successfully identified rare and low-frequency height-associated variants specific to the East Asian population.”

The result suggests that Japanese and European populations may have been under different evolutionary pressures in their distant pasts. “We suspect that differences in lifestyle, such as staple foods, might be relevant to the different selection pressures,” says Kamatani, who now runs a laboratory at the University of Tokyo while maintaining a visiting researcher position at RIKEN.

“We hope our result will lead researchers to develop new methods expanding our genetic knowledge on population structure and population-specific selection pressures on complex human traits,” he adds.