In a surprise finding, a well-known actin motor protein is found to play an important role in the branching of neurons 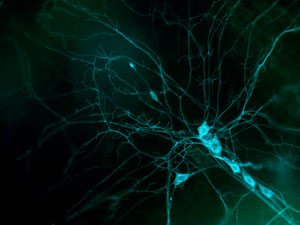 Figure 1: A fluorescence micrograph of the dendrites of a fruit-fly neuron. RIKEN researchers have discovered that the protein called Myosin6 plays a key role in the development of these branches. © 2020 RIKEN Center for Brain Science

RIKEN scientists have used a new approach combining molecular genetics, cell imaging and artificial learning to make the unexpected finding that Myosin6, a well-known actin motor protein, plays a key role in neuron branching1. This discovery could one day make it possible to help neurons recover after damage.

Branch-like structures known as dendrites on neurons gather and process information from other neurons. The shape these dendrites adopt greatly affects how a neuron functions in neural circuits, and disruptions to the branching process can lead to intellectual disability and psychiatric disorders.

But little is known about the molecular processes that drive the neuron patterning. “We’ve known for a long time that a genetic blueprint determines the shape of a neuron,” says Adrian Moore of the RIKEN Center for Brain Science (CBS). “But we’re a long way from being able to read that blueprint—it’s still a black box.”

Knowing the processes involved in neuron branching could lead to practical benefits in the future. “If we can understand how neurons grow, we could repurpose some of these programs to help neurons regenerate after damage,” notes Moore.

Myosins act as miniature motors, causing muscles to contract and cells to move. Now, Moore and colleagues have discovered that the Myosin6 protein plays a key role in determining the position of primary neural branches. “We weren’t expecting to find that Myosin6, a well-known actin motor protein, affects neural branching,” says Moore. 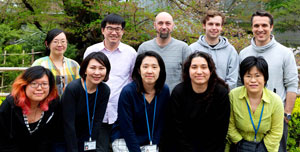 Adrian Moore (center of back row) and his team have found that the actin motor protein Myosin6 determines the position of primary branches of neurons in neuron development.© 2020 RIKEN

To make this discovery, the team combined two technologies: time-lapse imaging of developing neurons in living fruit flies and machine learning, which quantified the dendritic patterns in the images. They then compared the imaging parameters obtained with the behavior of molecules within the growing neuron.

“Much progress has been made in imaging neuron formation in living flies. We were now able to follow a neuron from birth to maturity,” says Moore. “At the same time, the ability of computers to analyze images has been rapidly improving. We married those two technologies in this study.”

In their analysis of neuron development and branching, the team employed a tool from animal behavioral studies—ethograms, which quantitatively catalogue animal behavior. “I’m a molecular biologist by training, but through interacting with my neuroscience colleagues at CBS who focus on behavior, I’ve come to realize that cells exhibit behavior just like animals do,” says Moore. “In this study, we looked at neurons in the same way as we would look at animals or populations and asked how they behave and what underlines that behavior.”

“This work is important in showing how new approaches like the one we have adopted could be used to advance biomedical research,” Moore adds.