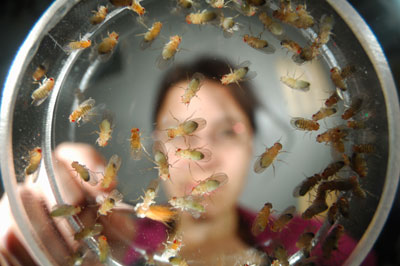 Figure 1: Fruit flies have been used as model animals in many studies. Up until now, researchers have handled and counted them manually, but an automated imaging system developed by RIKEN researchers promises to fast track such research.© SOLVIN ZANKL/VISUALS UNLIMITED, INC./SCIENCE PHOTO LIBRARY

A powerful imaging tool that automatically pinpoints life-cycle transitions in fruit flies has been developed by RIKEN developmental biologists1. The high-precision system could be used for applications as diverse as screening chemicals for drug discovery and studying factors that influence development in organisms.

Animal development occurs in distinct stages from egg fertilization through to adulthood. In the common fruit fly, development moves through four stages: embryo, larva, pupa and adult. Genetic and environmental factors are known to influence the timing and length of these growth phases, but it has been challenging to pinpoint the boundaries between transitions.

Until now, researchers have relied on manually counting flies in vials at regular intervals to measure growth turning points. Video cameras have also been used to track developmental changes, but this approach is too time consuming for large-scale analyses.

“Determining the point of individual growth is very difficult. There is a trade-off between time resolution and effort,” says Ki-Hyeon Seong of the RIKEN Cellular Memory Laboratory. “We thought that if we could create a system that could accurately and automatically measure the transit time of multiple growth points of several individuals, we could make a significant contribution to various studies.”

Seong and his team used a simple flatbed scanner with a charge-coupled camera to capture time-lapse images of individual fruit flies growing in plates containing 96 or 384 wells. The researchers trained an algorithm to automatically identify the life-stage transitions of the flies in the captured images.

The team scanned flies at different life stages under various chemical, environmental and genetic conditions. Within ten frames, the system was able to correctly identify up to 85% of onsets of the pupal phase and when adult flies emerged from a pupa, and around 92% of deaths, indicating that it can be used in both large-scale screenings and preliminary experiments.

Using the system, the researchers observed that, on average, female flies emerged from their pupal cases four hours earlier than males. They also found that a high-sugar diet can delay larval development, but did not affect the pupal phase.

In addition to accelerating basic research on fruit flies, the imaging system could be used in medical and agricultural applications, such as screening compounds to search for new drugs and pesticides, explains Seong. “We next plan to use the system to study problems that have yet to be solved,” he says. “We believe that we can make a significant contribution to society.”