Responding to the challenge of COVID-19

The arrival of COVID-19 in Japan in early 2020 prompted a concerted research effort at RIKEN. A strong research capacity in immunology, molecular biology and computational sciences, coupled with a culture of interdisciplinary collaboration and access to sophisticated infrastructure, gave RIKEN room to work on goals as diverse as diagnostics, therapeutics, vaccines and understanding social behavior. 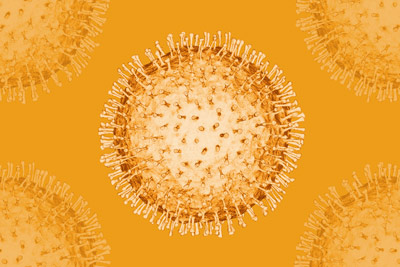 The first confirmed case of COVID-19 in Japan was reported in mid-January 2020. In early April, as case numbers increased, the Japanese government declared a state of emergency. RIKEN responded by diverting research resources and drawing on the expertise, not only of life scientists, but also mathematicians, physicists and engineers, including those not usually involved in virology or epidemiology.

Research priorities identified by the RIKEN President’s Fund—an internal funding mechanism that was put to work for COVID-19—were:

Basic research is currently being supported by the development of an artificial intelligence (AI) system that automatically analyzes biomedical big data from published papers. Early access to Japan’s flagship supercomputer Fugaku (see pages 8 and 32, installation of which had begun in December 2019 under a RIKEN-led project) was central to many of the research goals. Projects given priority access to Fugaku included research on the characteristics of the new coronavirus, identification of compounds that could be used as therapeutic agents, improvement of diagnosis and treatment, understanding the socio-economic impacts of the pandemic and simulating the potential spread of infection through airborne droplets. 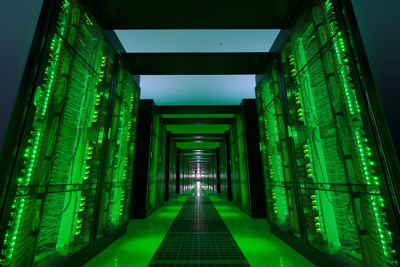 Among the projects given early access to the Fugaku supercomputer is one that is working to identify compounds that could be used as therapeutic agents. © 2021 RIKEN

One major aspect of RIKEN’s response is the search for therapies for COVID-19. Some of the projects used Fugaku’s massive computing power, for instance to search for drugs that target viral proteins and reduce the propagation of the virus in the early stages of disease. A project was also initiated by the RIKEN Program for Drug Discovery and Medical Technology Platforms (DMP), in collaboration with other RIKEN life-science centers and external research institutions, to help find effective drugs by investigating, for example, how well existing drugs bind to SARS-CoV-2 proteins.

These projects are now bearing fruit. One group of scientists used a protein-ligand docking method using large-scale molecular dynamics simulation (called ColDock) to calculate the binding affinities between virus proteins and more than 2,000 candidate drug compounds. Of these, 30 existing medications were earmarked as possibly effective COVID-19 treatments. These included drugs already in clinical studies such as remdesivir. The supercomputer Fugaku took 10 days to run the calculations, a feat that would have taken its predecessor, the K computer, at least a year.

Another group published molecular interaction data of 378 viral protein structures calculated by a quantum-mechanical method (called the fragment molecular orbital (FMO) method, developed by RIKEN researcher Kazuo Kitaura) on RIKEN’s FMO database, the world’s first database of quantum-mechanical data for proteins. The open database allows users to look at the mechanism by which a therapeutic drug candidate compound binds to a target protein, and the effect of stronger binding to the target.

An obvious viral protein target studied by RIKEN researchers was the structural spike protein (the protein involved in attachment to, and infection of, host cells). Others included non-structural proteins involved in the replication of the virus’s genome and the synthesis of its proteins, such as the RNA-dependent RNA polymerase, the main protease (Mpro) and the papain-like protease (PLpro). The researchers also investigated a host cell surface protein, transmembrane serine protease 2 (TMPRSS2), which is involved in virus entry. These investigations are continuing, with the results freely available online for other researchers, as are the RIKEN-produced molecular simulation data on the structural dynamics of SARS-CoV-2 proteins.

Access to the SPring-8 (synchrotron) and SACLA (x-ray free-electron laser) facilities has also provided opportunities for structural analysis and for exploration of materials (such as those used in protective gear) that reduce the attachment of the virus.

Further therapeutic goals include the development of a COVID-19 antibody drug.

A major focus at RIKEN has been diagnostics. Currently, the most widely used method for detection of SARS-CoV-2 is the polymerase chain reaction, which amplifies viral RNA to an easily detectable level. RIKEN went a different direction and developed a proprietary nucleic acid technology that does not require the amplification and can detect single molecules of viral RNA.

As one of five projects made possible by the RIKEN President’s Fund, Rikiya Watanabe’s team at the RIKEN Molecular Physiology Laboratory is developing a new detection method that uses this technology, alongside CRISPR–Cas13, a gene-editing technology, and a guide RNA specific to a sequence of the SARS-CoV-2 genome distinct from other coronaviruses.

The original nucleic acid technology investigation was used to study proteins, particularly membrane proteins such as ion pumps. The advantage of this method is that it can detect and identify single molecules and examine their behavior. In contrast, measurements on a collection of molecules only reflect average behavior. The method has now been applied to detect a wide variety of molecules, including RNA.

The method also uses a digital detection approach whereby the test sample is diluted into hundreds of compartments containing the guide RNA. Each compartment registers as either positive or negative according to whether a fluorescent tag is detected or not. Statistical analysis reveals the concentration in the original sample.

If quantification is not important, a result for something like SARS-CoV-2 can be obtained in 10 minutes. Although this new method detects the viral RNA at the sensitivity close to PCR, the method would need further development to be suitable for high-throughput mass screening. Future research will include analysis of clinical samples.

Other diagnostic approaches being examined by RIKEN researchers include methods of detecting antibodies to coronavirus proteins and development of an antibody-based rapid diagnosis kit.

A great deal of hope has been placed in vaccines, but there are potential difficulties facing current candidates. Firstly, coronaviruses mutate, changing their surface proteins. In addition, infection or vaccination can occasionally lead to antibody-dependent enhancement (ADE) which, through a variety of mechanisms (such as enabling viral entry into cells) can increase the severity of disease. RIKEN has developed a new vaccine technology ‘mMAP’ (mutation compatible multiple antigen peptides) to help to address these problems.

Using this information, another project was funded by the RIKEN President’s Fund to construct a synthetic polypeptide containing multiple antigenic sites from the spike protein. The vaccine developed by Ken-ichi Masuda’s team at the RIKEN Vaccine Innovation Laboratory has succeeded in producing antibodies against several different coronaviruses. Such a vaccine has the potential to be applicable to a wide range of coronaviruses, including those that are endemic in animals as well as mutant strains of SARS-CoV-2. The goal is to prevent spread from animals to humans.

This may prevent problems seen in diseases such as Ebola, yellow fever, dengue and coronavirus infections, where the presence of antibodies, either from a primary infection or as a result of vaccination, can actually worsen disease.

Focusing on the future

RIKEN scientists are looking at other issues related to COVID-19. A major future focus will be understanding the variability in responses to infection and why certain people develop very severe symptoms. With Tomohiro Morio of Tokyo Medical and Dental University, RIKEN researchers are contributing to the COVID Human Genetics Effort. Working with samples collected from various hospitals and international consortia, scientists are carrying out genome analysis to identify genome sequences associated with individual differences in susceptibility to COVID-19 infection and predicting symptoms in those infected. Host microbiomes might also prove to be important in susceptibility.

Fecal samples from recovered patients are also being investigated for bacterial strains that could enhance antibody responses. This work around host-gut microbiota interactions will also help researchers develop therapeutic and preventive strategies, as any information gathered about individual susceptibility and immune responses will be crucial in preparing for future pandemics and identifying those at a higher risk.

It is also vital to understand individual responses to vaccination and whether vaccine effectiveness is influenced by genetic differences, the host microbiome or other environmental factors.

Though this article has focused on the life-science work, RIKEN scientists are also using machine learning and other AI methods in their research. These studies, which aim to help people overcome the crisis, will continue to examine the social impacts of COVID-19, such as the effects of teleworking, analysis of hate speech and misinformation and the social and legal measures needed to prevent the spread of infection. We will provide more detail on that work in a future article. 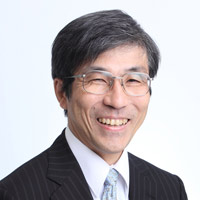 Shigeo Koyasu studied as an undergraduate and graduate at the University of Tokyo. He moved overseas to work at Harvard University between 1988 and 1995. He became the Chairman of Microbiology and Immunology at Keio University School of Medicine upon his return to Japan. Later he served as director of the RIKEN Center for Integrative Medical Sciences and is currently an executive director at RIKEN. Koyasu has served in board or council positions for the Japanese Society for Immunology (JSI), Molecular Biology Society of Japan, the International Union of Immunological Societies and the Federation of Immunological Societies of Asia and Oceania. He is currently president of JSI. His research team discovered group 2 innate lymphoid cells (ILC2), an innate lymphocyte population critical to allergic inflammation and immunity against helminth infection.