Temporal representation in the hippocampus scales with duration 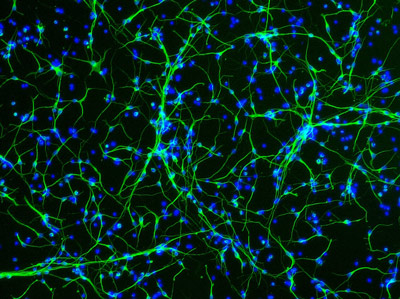 RIKEN neuroscientists have discovered how temporal information is managed and accessed in the rat brain1. As a similar mechanism likely operates in the human brain, these findings could inform research into disorders that affect temporal memory.

When you tell someone about an event that happened to you, you are relying on your brain’s ability to recall events as time sequences. This form of memory is known as episodic memory. Previous studies have suggested that the hippocampus—a brain region long associated with memory—stores episodic memory.

Special neurons within the hippocampus called place cells fire when a rat is at a specific physical location. Each place cell fires at a different spot, and in this way place cells build up a memory map of physical locations. Research has shown that this map is flexible, being able to expand and adjust to accommodate new locations as they are visited.

Now, Shigeyoshi Fujisawa at the RIKEN Center for Brain Science and two co-workers have shown that time cells—the temporal equivalents of place cells, being the markers for episodic memory—exhibit a similar sort of adjustability.

“We were surprised to find that the neuronal representation of time in the rat brain can expand and contract flexibly depending on the measured time length,” says Fujisawa.

To make this finding, the team trained mice using a treadmill and a water reward in one arm of a two-arm maze. The rats were trained to distinguish between long and short spells on the treadmill: if the spell on the treadmill was long, the reward would be located in the left arm, whereas if it was short, the reward would be in the right arm. When the researchers doubled the durations of the long and short times on the treadmill, they found the rate of firing of time cells in the hippocampus scaled by a factor of two. They also found that a type of neuronal sequence activity associated with brain waves that represents recent events, known as theta sequences, scaled by the same amount.

These findings show that time cells can scale with the different timings, much like place cells can with different spacings, and may hint that there is a common mechanism underlying the two neural processes. “Our results indicate the similarity of neuronal processing for spatial and temporal information in the hippocampus,” says Fujisawa. “They are important for understanding how the hippocampus recognizes and integrates temporal and spatial information to form episodic memory.”