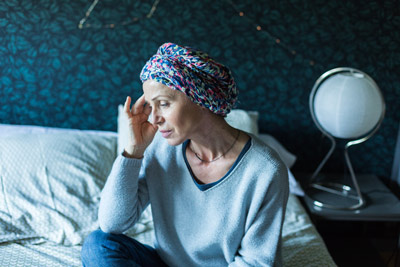 Figure 1: Conventional chemotherapy causes debilitating side effects because the drugs used selectively attack fast-growing cells. A new strategy being explored by RIKEN chemists that involves activating prodrugs at tumors has the potential to dramatically reduce side effects. © BURGER/PHANIE/SCIENCE PHOTO LIBRARY

Powerful anti-cancer therapies that are free from harmful side effects could be realized by using a chemical produced by cancer cells to activate a drug inside a patient’s body, according to RIKEN chemists1. The strategy could open up an array of treatments for patients suffering from other diseases.

Many compounds are effective in attacking cancer cells but they also cause collateral damage to healthy cells, which results in debilitating side effects. “Many drugs have really good activities, but they cannot be used because of their side effects,” says Katsunori Tanaka from the RIKEN Biofunctional Synthetic Chemistry Laboratory.

One promising strategy for avoiding this problem is to use a prodrug—a modified, benign form of a medicine that is activated by a very rapid chemical reaction at the site of treatment. This reaction only affects the prodrug, and does not interfere with normal cell biochemistry.

Previously, researchers have activated prodrugs by pre-loading an activating chemical onto the cells needing treatment. For example, they used a targeting antibody or injected the activating agent at the desired site. However, both approaches make the treatment more complex and may cause adverse events in patients.

Now, Tanaka, Ambara Pradipta, also at the RIKEN Biofunctional Synthetic Chemistry Laboratory, and their co-workers have developed a system that uses acrolein—a molecule produced naturally by cancer cells—to activate a prodrug. “Acrolein is already present in tumors, so you can simply inject one prodrug compound to be activated,” Tanaka explains.

The team’s prodrug contains a chemical group known as an azide. This reacts rapidly with acrolein, triggering a sequence of chemical rearrangements that ultimately releases the drug. The team has used the same in vivo chemistry to image the high concentrations of acrolein in cancer cells (Fig. 1).

After studying this chemical reaction in detail, the researchers prepared prodrugs of three anticancer agents and tested them on human cancer cells to confirm that the release mechanism worked. The most effective of the three was mitomycin C, an anti-tumor drug whose use has been limited because it is also toxic to bone marrow and kidney cells.

Tanaka and his colleagues next injected the mitomycin C prodrug into mice bearing human tumors. The treatment was highly effective, shrinking the tumors with no inflammation or other adverse effects, enabling the mice to live for up to two months after treatment. This was in stark contrast to injections with mitomycin C itself, which shrank tumors but caused inflammation and weight loss that killed the mice within five days of treatment.

The researchers are now studying the activity of the mitomycin C prodrug with other cancers, including brain tumors.