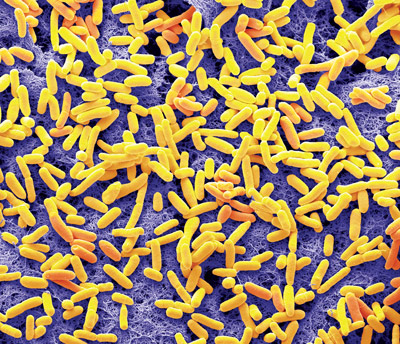 The chemical in question, 1,3-butadiene, doesn’t seem very impressive at first sight, consisting of just four carbon atoms and six hydrogen atoms, but its global market was worth US$19 billion in 2019. One of the main reasons is because it is the building block for a synthetic polymer used in vehicle tires.

Prior to the development of synthetic rubber in 1931, car tires used to be made almost entirely from natural rubber, a natural compound derived from the sap of rubber trees.

These days, car tires contain more synthetic polymer than natural rubber. But Yutaro Mori of the RIKEN Center for Sustainable Resource Science (CSRS) envisages a day when all the polymer component of tires will once again come from natural sources. “A long-term goal of our research is to produce various manufactured goods including tires that can be made using natural materials and processes,” he explains.

In their study, Mori and three CSRS co-workers have taken the first step toward that goal by producing 1,3-butadiene from glucose by using genetically modified E. coli—a species of bacteria found in the intestines of people and some animals, and the most extensively researched prokaryotic model organism.

Like many synthetic polymers, 1,3-butadiene is usually made from crude oil, a resource that is being rapidly depleted and that unlocks carbon from the Earth’s reservoirs of fossil fuels. The ability to produce it from biomass with E. coli promises to make its production much more sustainable, says Mori. And his team’s demonstration also opens up the possibility of using microbes to produce other industrially important chemicals.

Mori notes that as a result this is a highly competitive area of research globally. “This kind of research is being done all over the world,” he says. “In particular, other groups are conducting computer simulations for the rational design of high-performance microbes and enzymes to produce target compounds. We’re competitive with each other, but for the greater good.”

The four researchers employed a combination strategy of a rational enzyme engineering and a metabolic pathway modification in E. coli. To do this, they first engineered a bacterial enzyme that takes a biological precursor compound that E. coli produce from glucose and converts it into 1,3-butadiene. The team then genetically modified a strain of the E. coli to produce the precursor more efficiently. The engineered strain could then use this tailor-made enzyme to produce 1,3-butadiene. A gas at room temperature, 1,3-butadiene can easily be siphoned off from a glucose fermenter while E. coli continues to grow. 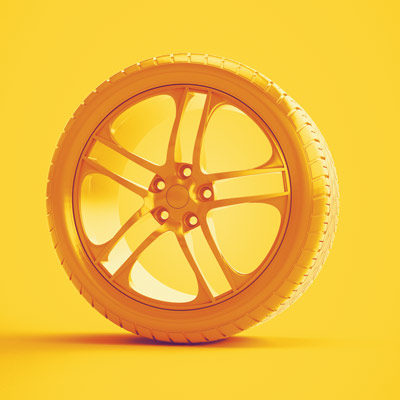 Yokohama Rubber and Zeon Corporation have been working with Yutaro Mori since 2013. They have set up a laboratory at RIKEN to look at upscaling the production of 1,3-butadiene using bacteria with an eye to eventually producing sustainable tire rubber. © SCIEPRO/SCIENCE PHOTO LIBRARY/Getty Images

An element of serendipity was involved in a change of pH during fermentation. “We were trying to increase the production of 1,3-butadiene, but we weren’t making much progress,” recalls Mori. The received wisdom was that optimal production happens at a neutral pH, and so the researchers added alkali to offset the acidity being produced by bacteria in one of their experiments.

But, unknown to Mori, the pH monitors on one of the jar fermenters wasn’t functioning properly. When Mori checked the production of 1,3-butadiene, he found that it was nearly four times that of the other jar fermenters. It was only then that he discovered that the pH monitor was broken, and so pH adjustment has not worked. That led to the discovery that using a low pH can boost the production of 1,3-butadiene from their microbes.

The researchers propose two possible explanations. One, that the cell growth rate of their E. coli was slower at a pH of 6.0 than at a pH of 7.0, and proliferation of its growth continued after the conditions were shifted to microaerobic conditions so that the tailored enzyme maintained the ability to produce of 1,3-butadiene. Or, the proportion of intracellular precursor compounds of 1,3-butadiene increases under low pH conditions. The extracellular precursors, or the E. coli strain produced and released into the medium, can re-enter cells at a low pH which may promote the conversion to butadiene, says Mori.

In the current study, the researchers produced 2 grams of 1,3-butadiene per liter. The next challenge will be to scale the process up so that it can be used to make 1,3-butadiene in industrial quantities. Yokohama Rubber and Zeon are setting up a laboratory at RIKEN that will seek to produce the chemical in 5-liter fermenters—five times larger than the those used in the initial study and to improve the productivity of 1,3-butadiene.

The team is confident that the same strategy could also be used to utilize microbes to produce other industrially important chemicals that are currently produced from petroleum, such as styrene and isoprene.

The hope is to contribute to a more ‘circular bioeconomy’ in which things such as biomass and organic waste are used to produce chemicals. “The research to create such compounds is challenging, but it is very meaningful and important to the realization of the United Nations’ Sustainable Development Goals,” says Mori. 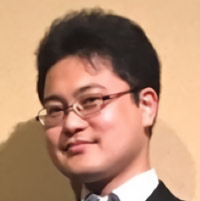 Yutaro Mori is a researcher in the Cell Factory Research Team at the RIKEN Center for Sustainable Resource Science (CSRS). He received his PhD in protein engineering from Kyushu University in 2015. His thesis focused on the fabrication of high-order functional protein assemblies via site-specific linkage reactions. After graduating he moved to RIKEN and joined Akihiko Kondo’s lab at CSRS, where he researches bioproduction using enzyme engineering technology. He is trying to come up with a versatile strategy for the rational design of enzymes in order to improve the production of valuable compounds and to produce unnatural/nonbiological target compounds by modifying enzyme core regions. He also belongs to the Bio-monomer Production Laboratory jointly established with RIKEN, Yokohama Rubber and the Zeon Corporation in 2020. In 2021, he received the Incentive Award from the Japanese Society of Enzyme Engineering.