Building a better future for the brain 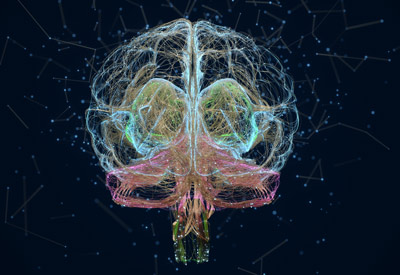 Ryoichiro Kageyama from the RIKEN Center for Brain Science says their work developing optogenetic, gene editing and bioinformatic technologies, as well as cutting-edge animal models, is accelerating the real-world impact of brain research. For instance, new marmoset and mouse Alzheimer’s disease models are addressing long-standing challenges in the study of therapies that break down plaques and generate fresh neurons.

Eric Kandel won the Nobel Prize in Physiology or Medicine in 2000 for discovering the central role that synapses play in memory and learning. He made his seminal discoveries using a simple animal model, a sea slug called the California sea hare (Aplysia californica).

There has been a huge acceleration in neuroscience since then. Faster cell culture methods, the means to insert or knock out individual genes in mice, flies and other model animals, light technologies that can activate specific neurons in living models and the use of functional magnetic resonance imaging (fMRI) to study the link between activity and blood flow in different regions of the brain, have all meant that researchers can now better study the link between neuron activation patterns and behavior.

These tools, all of which are used by the RIKEN Center for Brain Science (CBS), have led to recent breakthroughs at RIKEN on the brain regions associated with protective parenting behaviors1, new social interactions2, epileptic seizures3, as well as on biomarkers for autism4 and schizophrenia5, and research on formation of long-term memory, among others.

RIKEN CBS has long been at the forefront of memory-tracking engram tagging6 and light-activated optogenetic7 technologies as well as developing key animal models, including a recent breakthrough Alzheimer’s model, a topic to which we will return.

However, the brain has 86 billion neurons able to adapt and fire an almost infinite number of patterns, so the next generation of insights, revealing the source of higher cognitive functions—such as the ability to evaluate and reach goals, and adapt behavior—will likely require the help of artificial intelligence.

Over the next few years, neuroinformatics in Japan will be hugely boosted by the multi-institutional Brain Mapping by Integrated Neurotechnologies for Disease Studies (Brain/MINDS) project, which is being coordinated by RIKEN CBS. The project provides one of the world’s largest three-dimensional digital brain atlases using a unique experimental model, the marmoset.

Launched in 2014, it has been granted 40 billion yen (US$350 million) in funding for ten years to digitize brain data. Currently, the Brain/MINDS project is linking detailed data on brain physiology with macro-scale functional analysis, performing intermediate-scale mapping of the marmoset prefrontal cortex, and detailing 3D images of brain connections that can be hundreds of gigabytes in size.

Tomomi Shimogori at the Laboratory for Molecular Mechanisms of Brain Development at RIKEN CBS is also using in situ hybridization analysis to show changes in messenger RNA expression in marmosets over their lifetime. Her team is aiming to perform this analysis on developing marmoset brains for 5,000 genes. In June 2021, her team published on an unbiased, automated, large-scale, cellular-resolution in situ hybridization-based gene-expression profiling system to reveal gene-expression patterns in marmoset brains that are distinct from those in mice. This technology should help reveal the molecular mechanisms underlying primate neurobiology, and developmental psychiatric and neurological disorders. 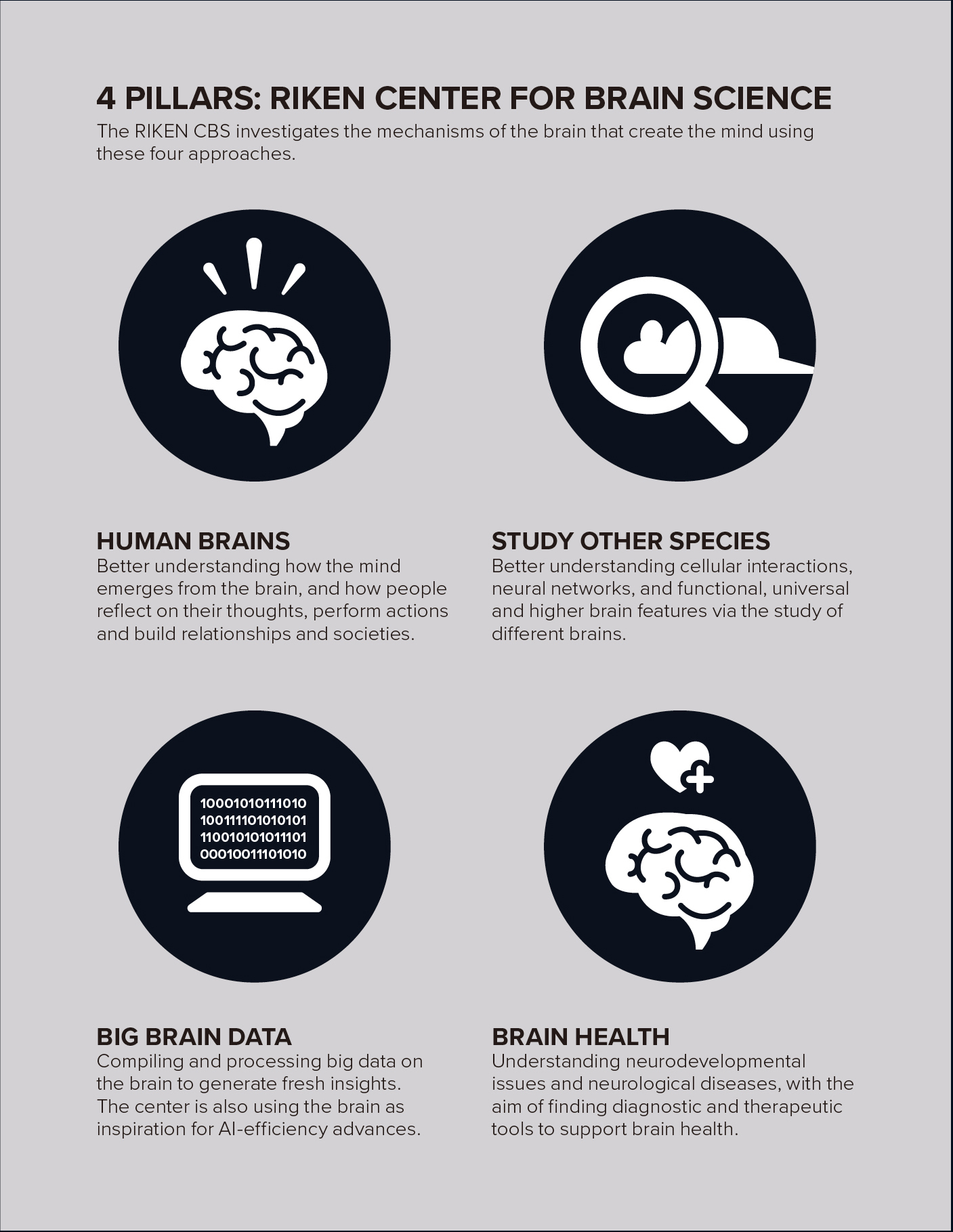 4 Pillars: RIKEN Center for Brain Science. The RIKEN CBS investigates the mechanisms of the brain that create the mind using these four approaches. © 2021 RIKEN

RIKEN CBS is also doing work to combat the most serious neurological diseases we face. Alzheimer’s disease is the world’s most common form of dementia, and if we live into very old age, there is a good chance that we will develop it. Japan has the world’s most rapidly aging population, and so any insights from RIKEN CBS that could lead to the development of therapies are a prime example of how we can meaningfully contribute to solving real-world problems.

Using studies on mice, my own lab has discovered a pathway for the activation of dormant stem cells that could generate new neurons to replace those lost due to the disease. However, as writer Anthony King pointed out in Nature in 2018; “Although researchers have conducted more than 400 trials in people of potential treatments for Alzheimer’s disease, almost no drugs have been brought to the market. And despite the blame being placed on a variety of factors, one of the main sources of researchers’ concern is the animal models that are used in the initial stages of drug development.”

Mouse models of amyloidosis don't develop neurofibrillary tangles or neurodegeneration, nor can they reflect most of the cognitive and behavioral changes that affect people with Alzheimer’s disease. Alzheimer’s is also generally considered to be a disease of old age. The mouse models, which are short lived, might therefore reflect only the early stages of the disease. If that is the case, clinical trials of drugs could be failing because people are treated too late to halt brain cell attrition. Could monkeys model the disease more fully? Many think so. Unlike mice, both macaques and marmosets typically develop hyperphosphorylated tau and amyloid plaques as they age. And their amyloid beta sequence is identical to the human protein.

So in the last few years, researchers led by Takaomi Saido at RIKEN CBS and Erika Sasaki at the Central Institute for Experimental Animals, Japan, have created the first nonhuman primate genetic model of Alzheimer’s disease using marmosets.

However, marmosets, which are smaller than macaques, can develop both amyloid beta plaques and hyperphosphorylated tau deposition within seven years, rather than about 25 years for macaques.

Kenya Sato and Hiroki Sasaguri at RIKEN CBS used transcription activator-like effector nucleases (TALEN) to genetically alter the ova of the common marmoset, Callithrix jacchus, deleting a part of a gene found in some people with familial Alzheimer’s disease, exon 9 in the presenilin 1 gene.

The ova were then fertilized with sperm from wild marmosets. Of the six babies that survived until birth, three carried the presenilin 1 mutation. The researchers are hopeful these will develop into a useful model population, as already fibroblasts from the model animals make an increased amount of one of the two major forms for amyloid beta, Aβ42, compared with cells from control animals, which is similar to human presenilin 1 mutation carriers8.

RIKEN CBS is also making other brain-disease marmoset models, for Parkinson’s disease and autism, for example.

Neural stem cells in embryos are very active, but stem cells in adult brains are only occasionally activated and start proliferating, eventually making a small number of new neurons. Formation of new neurons decreases with age, and in Alzheimer’s disease this decrease happens more rapidly and severely.

With my collaborators, I have found that oscillatory expression of the Ascl1 gene plays a critical role in the activation of quiescent neural stem cells and production of new neurons in the adult brain.

We have been studying how gene manipulation and optogenetics can activate aged stem cells for a longer period in model mice and would also like to replicate these studies in marmosets.

But despite the development of primate models, mouse models continue to make important contributions. In 2005, Saido’s group found that the neuropeptide, somatostatin, can increase the neuronal production of the enzyme neprilysin, which can degrade one type of accumulated amyloid beta9. Neprilysin production decreases with age, and so activation of the somatostatin pathway may lead to an Alzheimer’s disease therapy.

While there are already many drugs that stimulate the somatostatin pathway, studies of these have been hampered by current Alzheimer’s animal models.

His group had previously developed two mouse models harboring what are known as the Swedish and Beyreuther/Iberian mutations, with or without the Arctic mutation.

The first model, with the Arctic mutation, exhibited extensive plaque formation in tissue as early as six months, but is unsuitable for investigating amyloid beta metabolism and clearance because the Arctic mutation also renders the amyloid beta resistant to proteolytic degradation. The second model may take as long as 18 months for the pathology to become prominent, which only leaves a short window for study before the end of the mouse’s life.

Saido’s team generated their new model by crossbreeding a model based on a presenilin 1 mutation and their previous model without the Arctic mutation. This new model exhibits early and strong signs of amyloid beta accumulation that isn’t resistant to enzymatic degradation, and the authors say it should be useful for the study of agonists for somatostatin receptor subtypes. The team also has high hopes for studying potential therapies on their new marmoset models. 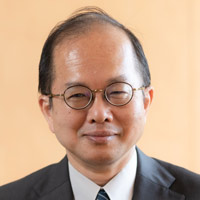 Ryoichiro Kageyama received his PhD in 1986 from Kyoto University. He then spent a few years as a postdoctoral fellow at the National Cancer Institute in the United States, after which he returned to Japan and was appointed an assistant professor at Kyoto University in 1989. He became an associate professor in 1991. While there, he began describing genes, such as Hes1 and Math1, and their role in neural development. He then moved to Kyoto University’s Institute for Virus Research in 1997, becoming a professor. In April 2006, he was appointed director of the same institute. He moved to RIKEN and became the director of the RIKEN Center for Brain Science in 2021.