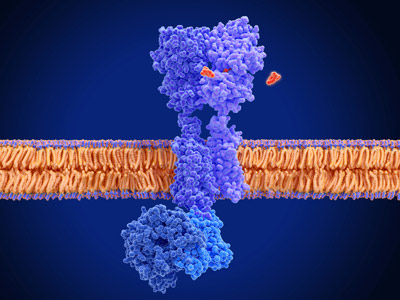 Figure 1: G-protein-coupled receptors (GPCRs; blue structure) are located in cell membranes and they can be activated by various molecules (baclofen in the case depicted here). RIKEN researchers have found that activation of β-arrestin involves engagement with both the tail and the core of a GPCR.© JUAN GAERTNER/SCIENCE PHOTO LIBRARY

In a structural analysis that could help inform efforts to develop new drugs for treating a myriad of diseases, RIKEN biologists have shed light on how the interaction between key signaling proteins and their regulatory partners controls a wide variety of processes within the cell1.

Signaling proteins known as G-protein-coupled receptors (GPCRs) are found in the membranes of cells, and they convert signals from outside a cell into responses within a cell. They are responsible for reacting to signals from hormones, neurotransmitters and sensory signals from the eyes, nose and mouth. The critical role they play in cell biology is highlighted by the fact that roughly half of all drugs on pharmacy shelves target GPCRs.

There has been much research into how GPCRs activate their scaffolding partners, known as β-arrestins, by binding to them. For a long time, β-arrestins were thought to be activated only by the tail end of GPCRs. But now, Ichio Shimada and Yutaro Shiraishi at the RIKEN Center for Biosystems Dynamics Research and five collaborators have shown how activation of β-arrestin also involves engagement with the GPCR core.

Using nuclear magnetic resonance spectroscopy, the researchers discovered that β-arrestins bound to the tail of an interacting GPCR are only partially activated—subsequent binding with the core region is needed to push the β-arrestins into full activation mode. This, in turn, triggers downstream signaling cascades involved in everything from sight and smell to immune regulation and neuronal communication. 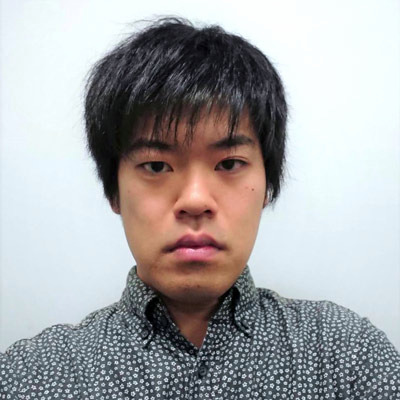 Yutaro Shiraishi and collaborators have detailed the two-step process by which β-arrestins scaffolding proteins become activated to promote signaling via G-protein-coupled receptors. © 2022 RIKEN

“We have demonstrated that β-arrestin activation by GPCR involves two phases,” says Shimada. That two-part chain of events helps to stabilize β-arrestins in their fully engaged, activated conformation.

With an eye to drug development, the researchers also detailed how a drug-like antibody fragment helped to shift the balance in structural conformations to promote more activation-inducing interactions between β-arrestins and GPCRs, even in the absence of core binding.

That finding highlights a path forward for therapeutically biasing the signaling activities of β-arrestins. “Variants of the antibody may be good candidates to modulate the signal transduction mediated by the GPCR–arrestin complex,” says Shiraishi.

The findings also underscored the conformational agility of β-arrestins interacting with GPCRs—and the mechanistic relevance of this structural flexibility. “The plasticity of β-arrestin in complex with a GPCR may explain its multifunctionality,” says Shimada.

Looking ahead, the ability of these signal transduction proteins to serve so many roles in the cell may be driven by additional interactions with GPCRs yet to be discovered, Shimada adds.