A hitherto unknown connection between a neuropeptide and an enzyme provides a more complete picture of why some people develop late-onset Alzheimer’s disease.

After 17 years, an all-RIKEN team has uncovered the connection between two links in the chain that leads to the proliferation of amyloid beta in the brain—a hallmark of Alzheimer’s disease1. The team also demonstrated that a drug can reverse this link in a mouse model of the disease, raising hopes that the discovery could lead to an effective treatment.

Alzheimer’s disease exacts a devastating toll on patients as it relentlessly erodes memory and cognitive ability. It’s also a tremendous burden on families, caregivers and society as a whole. Naoto Watamura of the RIKEN Center for Brain Science knows well the sorrows surrounding the neurodegenerative disorder. “My grandmother suffered from Alzheimer’s disease, and I saw the effect it had on my family,” he says. “That experience motivated me to devote my career to studying the disease.”

Despite decades of research conducted on Alzheimer’s disease, it still lacks a cure. There was a ray of hope in 2021 when the Food and Drug Administration in the United States approved aducanumab, the first drug to address the underlying biology of the disorder. This approval is all the more remarkable against a backdrop of so many promising drugs that have stumbled in the late stages of development.

But aducanumab only slows the progress of Alzheimer’s. Furthermore, it’s expensive and there is controversy concerning conflicting results on its effectiveness in clinical trials. 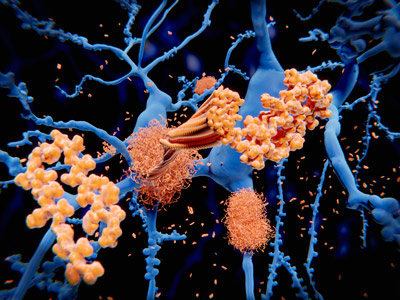 Aducanumab is a human monoclonal antibody that helps clear clumps of the peptide amyloid beta that build up in the brains of people with Alzheimer’s disease. These plaques accumulate because something goes wrong with the normal mechanism for disposing of amyloid beta (pictured left, orange).

Back in 2000, a RIKEN team led by Takomi Saido discovered that an enzyme called neprilysin breaks amyloid beta into smaller components and that people with Alzheimer’s tend to have low levels of neprilysin in their brains.

This discovery was one of the main reasons why Watamura chose to join Saido’s team after completing his Master’s degree. “I’ve always been intrigued by why some people develop Alzheimer’s disease,” he says. “Saido’s lab found that neprilysin is the most important amyloid degrader. I joined the team because I’m very interested in neprilysin and the mechanism that regulates neprilysin action in the brain.”

The findings on neprilysin led the researchers to the obvious question: what causes the low levels of neprilysin in the brains of people with Alzheimer’s?

In 2005, Saido’s team made a discovery that helped shed light on this query: a neuropeptide known as somatostatin promotes the production of neprilysin. Somatostatin levels tend to decrease with age and were found to be low in the post-mortem brains of people who had late-onset Alzheimer’s disease. 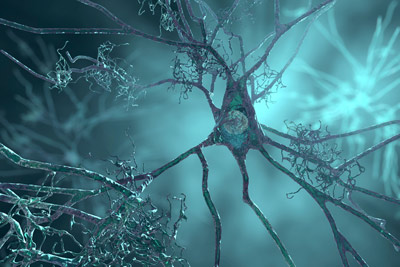 Now, Watamura and his co-workers have found the missing piece of the puzzle—a protein known as endosulfine. Specifically, they have shown that low levels of somatostatin lead to high levels of endosulfine, which in turn results in low levels of neprilysin.

The team first screened various compounds in a medium formed by neurons from the hippocampus—the brain region that plays a critical role in learning and memory, and where Alzheimer’s first strikes before spreading to other parts of the brain. This test exposed endosulfine as the prime suspect.

The finding was borne out in experiments involving mice. The group generated the mice, which genetically lack endosulfine. When these mice were crossed with a mouse model for Alzheimer’s disease, their offspring accumulated fewer amyloid beta plaques than the mouse model.

The researchers went a step further and showed how endosulfine causes low neprilysin levels by deleting each potassium channel in the mice. When they activated the specific channel by other means, they observed similar results as in the mice lacking endosulfine.

This demonstration also suggested a way to counteract the effects of high endosulfine levels—using a drug that activates the potassium channel. When the researchers gave this drug to the Alzheimer’s model mice, the mice had much better memory than untreated mice and also lacked amyloid beta plaques. “I was surprised at how well the drug worked,” says Watamura. He notes that there are already approved drugs for treating diabetes and insulinomas that target the same potassium channel, although ensuring that they are specific enough will be a challenge.

Watamura also notes that the study is unusual in that it is both a fundamental study that revealed the biology behind Alzheimer’s disease and demonstrated a potential drug for its treatment. “Many studies propose drug treatments, and it’s only later that the mechanism is determined,” says Watamura. “But we discovered the mechanism first, and then found a drug to correct it.” 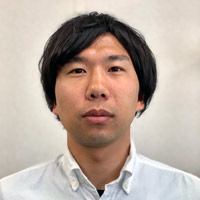 Naoto Watamura is a researcher in the Proteolytic Neuroscience Team at the RIKEN Center for Brain Science (CBS). He received his PhD in Advanced Science and Engineering from Waseda University in 2018. His thesis focused on the therapeutic effect of retinoic acid on Alzheimer’s disease. While part of a Master's program, he moved to RIKEN and joined Takaomi Saido’s lab at the RIKEN Center for Brain Science. In 2018, he received the Young Scientist Award and Young Science Encouraging Prize at the Annual Meeting of Japan Society for Dementia Research. In 2022, he also received a junior faculty award at the AD/PD™ International Conference on Alzheimer’s and Parkinson’s Diseases in Barcelona, Spain. He is working on the elucidation of amyloid beta catabolic pathways in the brain.