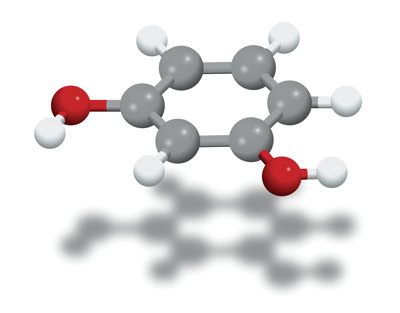 Four RIKEN organic chemists have come up with a way to selectively synthesize isomers of an important group of aromatic compounds1. This promises to make it possible to manufacture chemicals for drugs, fertilizers and polymers without the need to perform costly separation procedures.

When making chemical compounds, placing a chemical group at the wrong position of a benzene ring can have dire consequences. “People can die if the position is wrong,” asserts Laurean Ilies of the RIKEN Center for Sustainable Resource Science (CSRS). “For example, one form of vanillin is the chemical that gives vanilla its flavor, while another is quite toxic.”

The benzene ring is hexagonal with a carbon atom at each of its six vertices. Since all the carbon atoms are identical, it makes no difference which one accepts the first chemical group to be added to the ring.

Complexity arises when you add a second group because it can attach to any of five carbon atoms: the two neighboring the first group (to give the ortho isomer), the one diametrically opposite it (the para isomer), or the two carbons in between these two (the meta isomer; Fig. 1). The resulting isomers have identical chemical formulae, but often undergo very different biochemical reactions.

It is relatively easy to block the two sites neighboring the first group, but organic chemists have struggled to devise general strategies to selectively synthesize the meta isomer.

Now, Ilies, Sobi Asako and two co-workers, all from CSRS, have produced an iridium catalyst bearing a ligand that blocks both the adjacent and opposite sites so that only the meta isomer is produced in significant amounts. This method can be used to add groups to benzene rings and produce compounds that are used for fertilizers, polymers and fine chemicals as well as drugs. 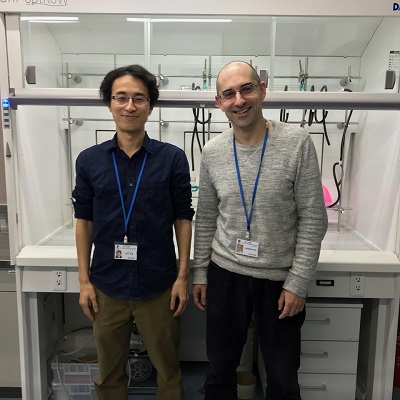 Sobi Asako (left) and Laurean Ilies (right) have developed a ligand that enables the selective synthesis of the meta isomers of arenes. © 2022 RIKEN

The team demonstrated the potential of their catalyst by using it to functionalize various pharmaceutical molecules at very high selectivities. “We were surprised at how well it worked,” says Ilies. “It’s very gratifying as it took us about three years of research to develop this approach.”

The roof-like ligand is inspired by nature since it mimics the action of enzymes that have pockets to guide the synthesis of biomolecules of the right isomer.

The team now intends to expand this strategy to a larger variety of molecules and different selectivities.