A spring in the step of SPring-8

Scientists use synchrotron radiation to better understand material interactions at the nanoscale level. These insights come from studying the light diffraction and scattering that results when a collision occurs between the atoms in a research sample and the X-ray light produced by the synchrotron. However, to achieve nanoscale level detail, the electron beam in the synchrotron must be accelerated over a 1.4 km circular orbit to near the speed of light, while keeping it’s spread very small - approximately the diameter of a human hair.

RIKEN's Super Photon Ring-8 GeV (SPring-8) is the world's largest 3rd generation facility and the only high-power synchrotron facility in Japan. To remain competitive on the international stage, SPring-8 has been planning to transition to a 4th generation facility since 2014. Construction will likely start in the second half of this decade, if funded.

This upgrade is necessary for the continued progression of nanoscience. When SPring-8 opened in 1997, we expected that scientific research would be the main focus of our users, with relatively few studies contributing to industry research. By 2018, approximately 2,300 projects had been conducted at SPring-8, and nearly 20% were industry-related. Today, synchrotron science worldwide regularly produces results that can be quickly adapted and used to produced socially beneficial innovations.

The facility's new design will significantly increase SPring-8's brilliance, speeding up data production by a factor of 10. It will also decrease the accelerator's power consumption by roughly 30%. Thus we will be able to provide less expensive, faster, and more detailed research, which will super-charge data collection. 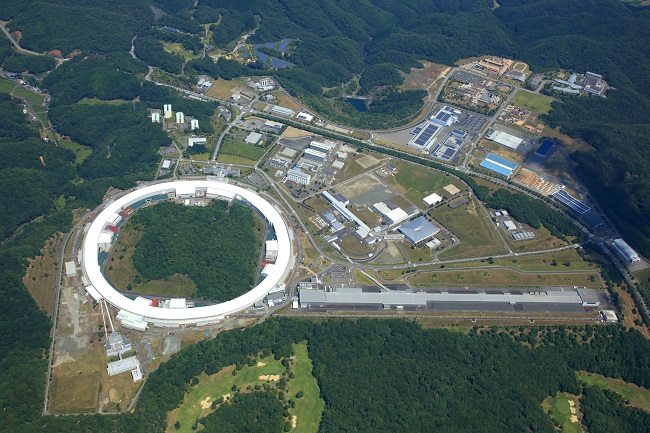 The changes planned for SPring-8 will increase research speeds by a factor of 10, while using 30% less power than today. Energy efficiency improvements have been a primary consideration since 2014, when a goal of 50% energy savings was set for the launch of SPring-8-II. Since 2014, SPring-8 has employed many energy-saving technologies, reducing energy use by 20% to date. After a short future shutdown to further upgrade the facilities by making more large-scale adjustments, the original goal of 50% energy savings should be achieved.

Cooling system: SPring-8 currently requires energy-intensive water-cooling systems to control the temperature of the equipment as the electron beam is accelerated by the magnets. With the lower-energy beam and the new magnet technology, it is feasible to use air cooling for more energy-efficient temperature control. A fourth generation comes of age: Today, only one 4th generation high-energy synchrotron is operational. It is located in France (est. 2020), and two more are currently under construction in the United States (to be completed in 2023) and in China (to be completed in 2026). SPring-8-II should debut before the end of the decade as Japan's first 4th generation high-energy synchrotron, with the unique advantage of being established from an already world-renowned facility.

Beam vacuum: With the introduction of a smaller beam, less energy is required to achieve an ultra-high-vacuum inside the accelerator, further increasing energy savings. Injector: To produce such a small, brilliant beam requires a low-emittance, high-efficiency electron injector. The RIKEN SPring-8 Angstrom Compact Laser (SACLA), a linear X-ray free-electron laser, can efficiently inject a low-emittance electron beam into the storage ring. This will enable the removal of the current injector system comprised of a 1 GeV linear accelerator and an 8 GeV booster synchrotron.

Beam size: Currently, the electron beam at SPring-8 is about 0.4 mm wide. The upgrade will enable new X-ray mirror optics to reduce the beam to < 0.1 mm. The smaller beam size reduces photon loss, resulting in a brighter beam requiring lower energy input, which reduces radiation and energy loss. In addition, energy must be supplied to compensate for the synchrotron radiation loss caused by bending the path of the beam. This will be reduced by a factor of three. Furthermore, with a smaller beam, the accelerated light becomes more coherent and wavelike, facilitating increasingly straightforward observation of diffraction and scattering, providing a 10-fold improvement in data acquisition speeds.

Magnets: The electron beam the synchrotron uses is created by accelerating electrons to near the speed of light while large magnets bend their path. The SPring-8-II upgrade will use the current 1,435 meters allocated by SPring-8 to accelerate the electrons, but the current electromagnets will be replaced with energy-efficient dipole magnets, a new technology not available when SPring-8 was first established.

The four-door Toyota MIRAI is an example of the impact synchrotron research has on everyday life. The MIRAI, launched in 2014, is one of the world's first commercial hydrogen fuel cell electric vehicles. The design for the fuel stack was aided by research insights obtained at SPring-8 by Toyota and Honda Motor Co., Ltd. between 2008 and 2010. This research focused on efficient chemical bonding and electronic states at the surfaces of different types of core-shell cathodes.

The findings were only possible because a collaboration between Toyota Motor Corporation and Toyota Central R&D Labs. Inc. had previously developed a unique analysis method at SPring-8, a technique for fast time-resolved X-ray absorption fine structure spectroscopy (XAFS). It allowed scientists to understand material structural changes in real-time by probing the electronic transitions of inner-shell electrons.

The first generation MIRAI had a fuel stack that uses hydrogen and oxygen to generate power, discharging water particles as a by-product. After the success of the MIRAI, the Toyota team returned to SPring-8 to observe the nano-sized particles of water discharged. These studies enabled the scientists to determine the most efficient shape for the discharged water, an insight enabling the development of an even more efficient fuel stack. The improved water drainage efficiency contributed to the design of a second generation MIRAI in 2019, which extended its driving range by 30%. 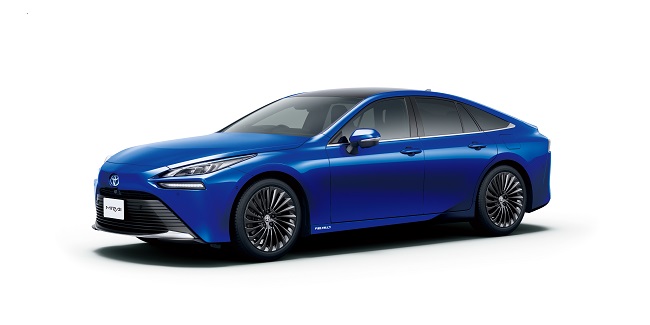 Insight into hydrogen energy catalysts is another great example of synchrotron data's capacity for impact.

Today, reducing greenhouse gas emissions is a global goal, and lowering dependence on fossil fuel energy represents a considerable portion of the challenge. If the energy created by reactions between hydrogen and oxygen were to replace the energy currently provided by fossil fuels, industry could vastly reduce its greenhouse gas emissions. Water is usually the only by-product of hydrogen energy catalysis. However, a catalytic conversion rate of 10% or more is needed for effective performance, and these reactions must then be adapted for individual applications. In addition, it is theorized that even with this efficiency, the price of hydrogen production will not fall enough to be cost effective.

In April 2022, Kobe University published data obtained at SPring-8 that showed that by modifying the surface of their previously-developed hematite photocatalyst, it was feasible to inexpensively, safely, and stably produce hydrogen from sunlight and water, with hydrogen peroxide as a by-product. Hydrogen peroxide is used in everything from disinfectants and bleaches to soil treatments, so selling this by-product could help make hydrogen production more affordable.

This is only one of many examples of the possibilities facilitated by synchrotron research. Furthermore, industry demand is increasing both for solitary results and access to big synchrotron datasets for AI to analyze. To create these datasets, data production must be expedited faster than the timeline for the planned upgrades.

By building suitable datasets, engineers and scientists will have access to the information they need to design materials for more natural disaster resilient structures, lighter and more accessible transport, advanced medical devices and medications, and everything in between, well as the means to actualize green technology. 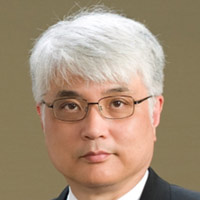 Tetsuya Ishikawa has been the director of the SPring-8 Center at RIKEN since 2006. After graduating from the University of Tokyo and receiving his doctoral degree in 1982, he joined the Photon Factory at the High Energy Accelerator Research Organization (KEK), as a research associate, overseeing precision X-ray optics. After working at the University of Tokyo, in 1995 RIKEN appointed him Chief Scientist in charge of beamline development for SPring-8. He is now preparing the SPring-8 upgrade.