Recipe for creating a new plant from a single differentiated cell 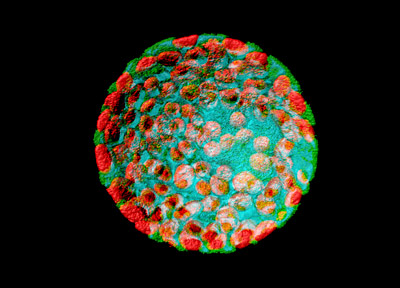 Figure 1: A confocal laser scanning micrograph of a protoplast from a tobacco plant. A protoplast is a plant cell that has had its tough outer cell wall removed by chemical treatment. RIKEN researchers have developed a protocol for inducing protoplasts to re-enter the cell cycle and undergo cell division. © HEITI PAVES/SCIENCE PHOTO LIBRARY

Research probing the secret of how some single plant cells can regenerate into whole plants will benefit from a new culture protocol developed by RIKEN scientists1.

Some plants naturally possess the remarkable ability to produce a whole new plant from a single cell that is neither a sperm nor an egg. But scientists can change certain cell types from some plants into cells capable of transforming and regenerating into new cell types and ultimately a whole plant.

However, they are only sporadically successful at this, since they lack clear protocols for directing the process. Such protocols could lead to a better understanding of the molecular processes underpinning the transformation of isolated cells into plants, with implications for plant breeding.

Now, Keiko Sugimoto of the RIKEN Center for Sustainable Resource Science and co-workers have established a protocol that reproducibly reprograms ‘protoplast’ cells to re-enter the cell cycle and undergo cell division.

Protoplasts are not naturally found in plants; rather, they form when scientists remove the cell wall from certain isolated plant cells, changing them from a differentiated to a less differentiated state—similar to stem cells in mammals. The new protocol stably reprogrammed protoplasts derived from leaf mesophyll cells to regenerate into plant shoots.

“It’s difficult to get it right because protoplasts are very delicate since they lack cell walls—they need enough stress to initiate reprogramming, but they die if you damage them too much,” Sugimoto explains. “Our system stably induced reprogramming of 2–5% of protoplasts, which will help us begin to uncover the underlying molecular mechanisms of this process.”

The team discovered a crucial role played by the plant hormone auxin in activating cell division. “A key finding, and the biggest surprise to us, was that protoplasts need to make new auxin to reinitiate cell division, despite being cultured in a medium containing artificially synthesized auxin,” says Sugimoto.

The researchers also identified some of the downstream genes and molecules involved in initiating cell division once auxin is synthesized in the protoplasts.

Many questions remain, however. How strictly, for example, is protoplast reprogramming linked to auxin synthesis? What other molecular processes are involved? And what drives the transformation of an isolated mature cell into a less differentiated cell capable of regenerating whole plants?

“Answering these questions could allow us to regenerate transgene-free, genome-edited plants from protoplasts,” says Sugimoto.

It could also have implications for animals. “Plants are relatively good at regenerating a whole body from a single differentiated cell, but most animals can’t do this,” says Sugimoto. “We hope that understanding how plant cells do this will help reveal why animal cells cannot.”