The next milestones in generating artificial organs

What is the ultimate goal of research using human pluripotent stem cells? In the context of regenerative medicine, I think it’s to recreate whole, replaceable organs in a laboratory setting. Transplanting these organoids could improve many treatment options. For instance, in the case of kidney damage, where patients must currently undergo dialysis for the remainder of their lives or until a donor organ is available.

Today, organoids are essentially miniature organs developed from stem cells and cultured on 3D frameworks, where they self-organize into functional tissue. These can partially replicate what cells within certain organs do. However, the largest organoids available today are only a few millimeters across. Once we discover how to grow them at scales comparable to real organs, we could create artificial organs derived from a patient’s own stem cells.

The technology is also poised to accelerate drug discovery. Emerging ‘organ-on-a-chip’ devices—in which various cells are placed on a transparent microchip and connected through hollow channels—simulate the activities and cell interactions of an organ or organ system. Using these, it’s possible to screen potential drugs using a cell system that more closely resembles the human body than 2D cell cultures or animal models. The enhanced efficiency should help cut costs in drug development, making treatments more accessible.

Historically speaking, RIKEN researchers were the first to demonstrate that cultured cells could self-organize into 3D tissues, first with cerebral cortical tissue in 2008, and then with cells from the optic cup, which is a part of the back of the eye, in 2011. We’ve continued to build on these groundbreaking findings at the RIKEN Center for Biosystems Dynamics Research (BDR), and are working to take the technology further through the Organoid Project. 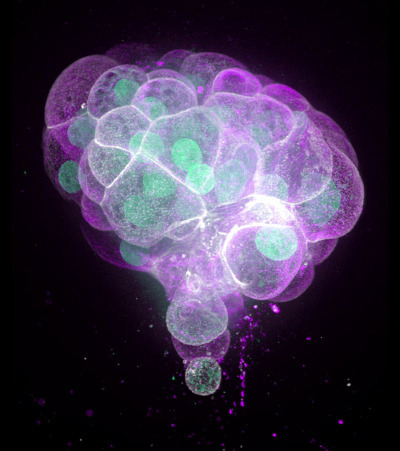 We’re entering an era where developmental biologists alone can’t solve forthcoming organoid challenges. The Organoid Project is a consortium that brings together RIKEN researchers and external collaborators to tackle organoid challenges and find real-world applications. In addition to developmental biologists, the Organoid Project includes researchers and technicians with expertise in areas such as microdevices, 3D printing, biomaterials and bioinformatics. This positions us uniquely to become a world-class base for generating organs in 3D.

Research under the Organoid Project spans the four key phases that take us from basic research to real-world applications: research on the self-organization mechanisms in stem cells; designing organoids; long-term culture and maturation; and optimization for applications.

Developmental biologist Mitsuru Morimoto and I work on the earlier phases of this process at RIKEN’s Kobe campus. Here, Morimoto’s team has succeeded in developing human lung alveoli organoids in the lab, which are now being used to model and develop treatments for lung diseases, such as pulmonary fibrosis, a scarring of the lungs.

His team has also elucidated the cell–cell communication signaling in the foregut, the top end of the esophagus, the stomach, and a portion of the duodenum, which is the embryonic origin of the trachea and esophagus. They have used these findings to develop tracheal cartilage tissue from human pluripotent cells. His group is now collaborating with the Center for Stem Cell and Organoid Medicine (CuSTOM) at Cincinnati Children’s Hospital Medical Center in the United States to create a multiple organoid system that replicates the respiratory organs and esophagus.

Meanwhile, my team has established a method for generating kidney and bladder organoids from human induced pluripotent (iPS) cells. The kidney organoids have all the components of a nephron, the functional unit of the kidney. The bladder organoids exhibit a barrier function that holds urine in a way similar to the bladder, and we have also been able to replicate the muscle layers surrounding the bladder, which help hold and release urine.

However, a new frontier for organ regeneration is to replicate entire organ systems instead of standalone organs. From a surgical point of view, transplanting a whole urinary tract system instead of a kidney organoid alone could increase the likelihood of a transplant being successful. My team is working to connect organoids of the kidney, bladder and ureter, which connect the kidneys to the urinary bladder, to replicate the urinary system.

A challenge is that the urinary system connects organs, tissues and cells derived from two of three types of cell layers, called germ layers, formed in the third week of human embryonic development. The relevant cells here are from the endoderm—which develop into the inner linings of the body, such as the digestive system and bladder—and from the mesoderm, which develop into the kidney, muscles, and red and white blood cells, among other things. The connections at the kidneys and bladder are a rare point where these two types of tissues connect, and replicating this connection would be a major feat.

Research by Takashi Tsuji of RIKEN BDR and Masayo Takahashi—formerly at RIKEN and now an external collaborator at Kobe City Eye Hospital—is closer to real-world applications. Tsuji’s team has developed a groundbreaking method, called the organ germ method, which uses organ-inducing epithelial and mesenchymal stem cells to replicate organogenesis, which is the growth and differentiation of tissues into organs during embryo development. In mice, his team has succeeded using this method to regenerate fully functional teeth, hair follicles and the salivary and lacrimal glands.

Meanwhile, Masayo Takahashi and her team at the Kobe Eye Center have begun clinical research on retina organoid transplants, in particular on optimizing organoids for transplant and assessing organoid quality. Retina organoids come as a flat sheet, and a challenge is to ensure that they include a robust layer of photoreceptors. Previously, Takahashi’s team found that treating iPS cells with valproic acid helped yield retina organoids with sufficient photoreceptors. Achieving this, however, is dependent on the skill of the technician. Currently, the quality of an organoid can only be assessed by slicing and examining a cross-section. Takahashi and her team are now developing a technique that combines robotics and AI to achieve consistent quality, and to monitor the quality in processing.

Early-career researchers working on the Organoid Project at RIKEN BDR have also been working on cutting edge discoveries. In Kobe, Hidetoshi Masumoto, for instance, has discovered a way of applying mechanical energy to iPS-derived heart tissue, which will hopefully make it behave in similar ways to real heart tissue; while working at RIKEN, Cody Kime developed synthetic embryos that should help us understand early development in the human body; and Hideya Sakaguchi, also based in Kobe, has generated organoids of the hippocampus, the area of the brain associated with memory. 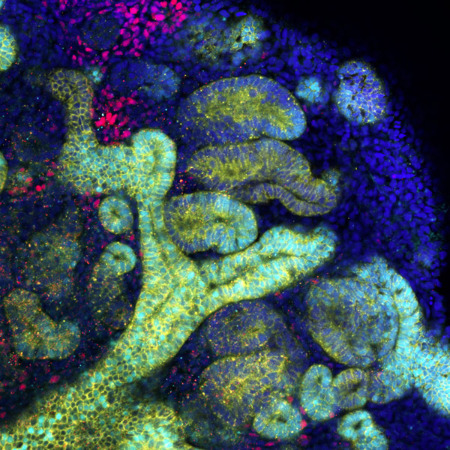 Minoru Takasato’s team has established a method for using human induced pluripotent cells to generate kidney organoids (pictured) that have all the components of a nephron, the functional unit of the kidney. © 2022 Minoru Takasato

One of the challenges that remains is how to culture organoids for extended periods of time and to allow them to mature.

Organoids can be categorized into two major types: those made from adult stem cells, and those from embryonic stem (ES) cells/iPS cells. Adult stem cells are found in organs, such as the intestines or the stomach, where there is a high turnover of cells. They generate new cells throughout adult life and replace old ones in the lining of these organs. By extracting stem cells from a given organ, it’s possible to generate organoids that resemble the functionality of adult organs.

In contrast, organoids made from ES/iPS cells replicate organs in the earliest stage of human development, in the embryo or fetus. In the real world, babies mature in the womb for nine months before being born, but the organoids we create are often comprised of cells at just a few weeks to several months into development.

This means that replicating the entire developmental process with ES/iPS-derived organoids would take just as long. And the question remains—how can we culture organoids in 3D for such an extended period of time? Establishing methods to run blood vessels through organoids could be a game-changer for this, as they would deliver essential nutrients and oxygen over long periods.

But how do we develop blood vessels on organoids? How do we control maturity level and size? How do we consistently create high-quality organoids that function the way they should? These questions must be overcome for organoid technology to be applied more widely. Today, organs have a sophisticated beauty that we can’t yet capture in organoids, but modeling that complexity in its fullness is something the researchers behind the Organoid Project hope to achieve. 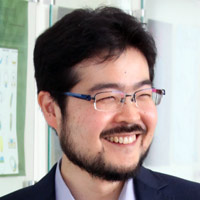 Minoru Takasato completed his PhD in the study of mouse kidney development at the University of Tokyo, Japan, in 2008. He then began working as a postdoc at the Institute for Molecular Bioscience at the University of Queensland and Murdoch Children's Research Institute, both in Australia. During that period, he generated kidney organoids from induced pluripotent stem cells for use in drug screening and disease modeling. Takasato has been a team leader at the RIKEN Center for Biosystems Dynamics Research since 2016, where he heads the Organoid Project and conducts regenerative research for urinary-tract organs, including the kidney, bladder and prostate. He is an expert in the directed differentiation of human pluripotent stem cells to 3D organ-like tissues, which are commonly known as organoids. His work has drawn a great deal of international interest in the kidney development and stem cells research fields.