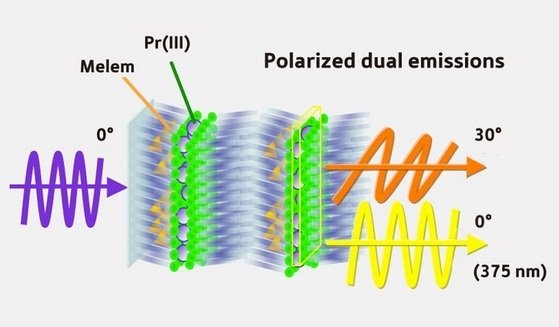 Figure 1:Illustration of the interactions between the metal, praseodymium, and chromophore, melem.

A promising new way to make thin-film displays is being developed by a team of Japanese scientists led by Masaki Takata from the RIKEN SPring-8 Center, Harima.

Liquid crystal, thin-film displays are now commonplace in our daily lives; however, their manufacture is complex requiring a number of expensive and error-prone techniques to be used to produce each one. The result is a high-cost product. Consequently there is much interest in developing a new, lower-cost technique; a technique that Takata believes could be possible using their latest research findings.

The technique uses Langmuir–Blodgett films that are usually comprised of layers of organic molecules. The films are built-up one layer at a time until the desired number of layers is obtained. For this system, the team used two different layers. One layer contains the compound melem, which is capable of emitting light at specific wavelengths. The other layer contains a metal ion from the lanthanide group, praseodymium (Fig. 1).

Takata and colleagues explain in their latest paper published in Photochemical & Photobiological Sciences1 that in the films, the orientation and density of the molecules can be controlled. The exact positioning of these molecules then has a profound effect on their behavior. The emission spectra of the films were then studied in detail.

Two distinct emission bands were observed and the polarity of these bands was also different. The first band was seen at 370 nm and polarized through 0°; the second was seen at 410 nm and had polarized by 30°. This important finding means that if this film was used in optical fiber cables, two different streams of information could run down a single fiber simultaneously.

Interestingly, the results obtained from the thin-film are markedly different from what would be obtained from either a mixed solid or liquid of the two compounds. In the solid state, melem can bind in several ways with lanthanide metal ions through its nitrogen atoms forming a polymer-like complex. The resulting emission of praseodymium is then very weak and difficult to detect, which is the same as in a standard praseodymium complex with melem.

Even though scientists first started using Langmuir–Blodgett film techniques in the 1930s, Takata and a team member, Miki Hasegawa from Aoyama-Gakuin University in Tokyo, are confident that their team’s investigations into metal complexes and molecular interactions will uncover new optical properties. “Finally, we have found a new possibility by using [an] ‘old’ method with coordination chemistry,” they say.