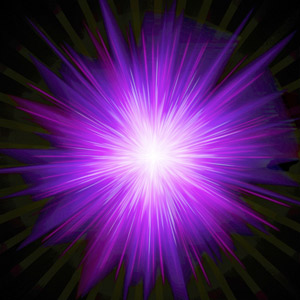 Figure 1: A bright and deeply ultraviolet laser beam can cause atoms to ionize. © 2010 iStockphoto/ DaddyBit

Under extremely intense illumination materials may exhibit so-called nonlinear optical properties such as ceasing to absorb light beyond a certain brightness, or becoming highly ionized. Yasumasa Hikosaka, Mitsuru Nagasono and colleagues at RIKEN XFEL Project Head Office, Harima, and several other Japanese research institutes have now described the details of this ionization process by using very short bursts of bright laser light1. Their finding is relevant to a broad range of pure and applied research, including x-ray imaging of biological molecules, ultrafast optical switches, fusion and astrophysics.

The researchers focused on the behavior of argon atoms, which is easy to handle and well-characterized, under illumination by laser light about one hundred trillion times brighter than the noonday sun, and containing about seven times more energy per photon than the bluest light visible to the human eye. Previous work by other researchers showed that such intense, energetic light removes multiple electrons from target atoms, resulting in highly charged ions. While the mechanism of the ionization process was partially understood from observations of the yields and momenta of these ions, important details were missing.

The experiment showed that the dominant ionization pathway of the argon atoms has two steps: first, a single laser photon is absorbed to create singly-ionized argon, and then two more photons are absorbed to create doubly-ionized argon. The researchers also found that the intermediate argon ion states had energy levels, or energy resonances, that induced this pathway.

The research leverages the recent development of free electron lasers, which are uniquely capable of producing very bright, energetic and short pulses of radiation. The work also illustrates that energy resonances are key to multi-photon, multiple ionization processes, a finding that is likely to be relevant to a variety of research programs. Hikosaka says that the research team will continue to focus on the basic science, as well as applications: “Our goal is to develop and leverage a deep understanding of the mechanism and dynamics of non-linear processes in order to manipulate or control these processes and their final products.”