On the scent of olfactory control 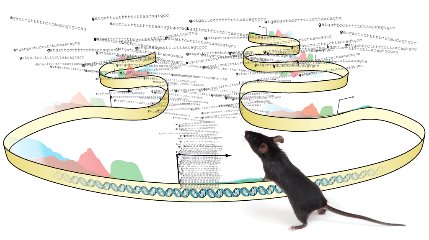 Within the nasal cavity, millions of sensory neurons in a postage-stamp-sized patch of tissue called the olfactory epithelium control our sense of smell. Thanks to the exquisitely controlled expression of some 300 different olfactory receptor genes, each neuron can detect a small number of distinct volatile odorants. How these genes are regulated, however, has long been a mystery.

Now, an international team led by RIKEN researchers has mapped the genomic architecture of the odorant receptor repertoire in mice, revealing the start points and promoter regions involved in controlling the expression of the vast majority of these genes1. “Our study shows that these promoter sequences are strikingly similar between all the olfactory receptors,” says Charles Plessy of the RIKEN Omics Science Center in Yokohama, who led the study.

To chart all the promoters, Plessy and colleagues first had to devise an appropriate technique. Plessy’s collaborator, Piero Carninci also from the RIKEN Omics Science Center, had previously developed a method called cap-analysis gene expression (CAGE) that determines the location of transcription start sites across the whole genome2. But CAGE requires large quantities of RNA, which are not always obtainable from particular types of tissues, including the olfactory epithelium. The researchers therefore modified CAGE to nanoCAGE, which requires as little as 10 nanograms of RNA of biological material per sample3.

Both CAGE and nanoCAGE work by taking all the messenger RNA transcripts in a given sample, converting them into DNA tags and then comparing the output against a reference genome to find all the transcription start sites. The investigators can then decipher the conserved DNA regulatory sequences in the immediate vicinity of the starting points that form the core promoters.

Using this approach on the minute quantities of RNA found in the olfactory epithelium of mice, Plessy’s team plotted the promoters of almost 90% of the mouse olfactory receptor genes, as well as the expression of many non-coding regulatory RNAs (Fig. 1). Further bioinformatic analysis of the DNA surrounding the mapped promoters revealed a number of candidate transcription factor binding sites that help control gene expression, some of which the researchers also validated in mouse experiments.

Plessy and colleagues are now adapting the CAGE technique for even smaller biological samples: single cells. “Such a method would have wide applications in biology and medicine, and, of course, in the biology of olfactory receptors,” says Plessy. “With a single-cell technology we will have the potential to make a significant contribution to the field.”