Fingerprinting a new class of materials 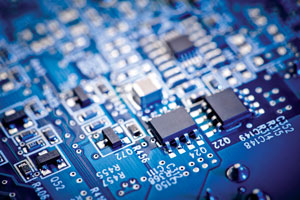 Figure 1: Although potentially a long way off, the unique properties of electrons at the surface of topological superconductors may find practical applications in electronics. © 2012 iStockphoto/krystiannawrocki

Now, a research team from Japan and the USA has predicted the existence of a unique and unexpected signature of topological superconductors1: the speed of their rotation affects their ability to transport heat and vice versa. Naoto Nagaosa from the RIKEN Advanced Science Institute (ASI), Wako, led the team, which included Kentaro Nomura and Akira Furusaki, also from RIKEN ASI, and Shinsei Ryu from the University of Illinois.

Topological superconductors also intrigue physicists because they are expected to host exotic particles, known as Majorana fermions. Although predicted to exist in 1937, these particles have never been observed directly. Because they differ fundamentally from any other particle, their observation would be an important development for fundamental physics. The particles are also expected to have applications in quantum computation. According to Nagaosa, detecting a Majorana fermion is the greatest challenge in the field at the present time, and topological superconductors may prove instrumental in meeting this challenge. This new method of detecting topological superconductors is expected to simplify experiments on the new materials, as well as opening new lines of investigation.

The magneto-electric coupling in topological insulators results from the fact that a charge moving along the surface of a sample under the influence of an electric field will experience a force due to a relativistic spin-orbit interaction. Similarly, a particle in a topological superconductor moving under the influence of a thermal gradient, from hot to cold, will encounter a force if it is in a rotating frame, so that increasing the speed of rotation of the material increases the difference in temperature across its surface. As a result, the thermal conductivity of the topological superconductor can assume only one of a series of discrete values. This restriction is known as quantization, and is also a feature of the electrical conductance of topological insulators in the presence of a magnetic field.

Such a direct connection between mechanical rotation and thermal properties has not been predicted or observed previously, says Nagaosa, and may hold promise for new applications. In the near term, however, its scientific consequences may be of most importance. By directing experimentalists to examine the thermal response of topological superconductors, it eases further characterization and development of these new materials—and, in particular, it should aid the search for Majorana fermions. The change in temperature for a given change in rotational frequency should be experimentally feasible to measure in topological superconductors because their heat capacity is small, Nagaosa says.

The results of Nagaosa and his team also provide a set of equations that can be applied to other systems, such as topological superfluids. In these materials, particles flow past each other without friction. Scientists have debated how much angular momentum is present in these materials when they are in their lowest-energy state, or ground state. The theory developed by Nagaosa and his colleagues provides an equation that can be used to calculate this momentum, as well as how the momentum will change with the superfluid’s temperature. 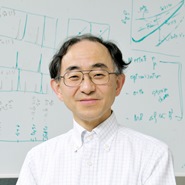 Naoto Nagaosa was born in Amagasaki, Hyogo, Japan, in 1958. He graduated from the Faculty of Engineering at the University of Tokyo in 1980, and obtained his PhD in 1986 from the same university. Nagaosa then held a postdoctoral position for just under two years at the Department of Physics, Massachusetts Institute of Technology in Cambridge, USA, before returning to Japan where he was appointed lecturer at the Department of Applied Physics at the University of Tokyo. He was promoted to professor in 1998 at the same department. From 2007, he also became a team leader in RIKEN, and is now the leader of the Theoretical Design Team of Cross-Correlated Materials Research Group (CMRG), and the Strong-Correlation Theory Research Team of Correlated Electron Research Group (CERG) at the Emergent Materials Department of the RIKEN Advanced Science Institute. His main research interests are the theories of strongly correlated electronic systems, spintronics, and the gauge theories of topological aspects of electrons in solids.