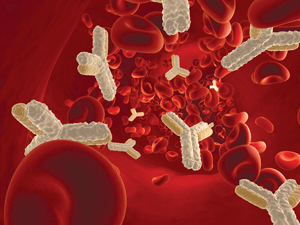 Every protein arises from translation of an RNA molecule, which was itself transcribed from a gene sequence somewhere in the genome. However, not every gene yields a protein, and over the past decade genome researchers have encountered a stunning variety of non-protein-coding genes that outnumber their protein-coding counterparts by a substantial margin.

New research from a team of Italian researchers, in partnership with Piero Carninci of the RIKEN Omics Science Center in Yokohama, has now uncovered a surprising functional role for certain of these non-coding transcripts that could offer important benefits for clinical research and therapeutic applications1.

As part of FANTOM, a multinational genomics consortium based at RIKEN, Carninci’s group found that ‘antisense’ genes, encoding RNAs that arise from transcribing protein-coding genes in the ‘wrong’ direction, are widespread throughout the genome2. These antisense transcripts bind protein-coding ‘sense’ transcripts via the same chemistry that drives interaction between complementary DNA strands. “More than 70% of the genes show some sort of antisense transcription,” says Carninci, “and searching for function was the next step.”

Carninci worked with Stefano Gustincich of the International School of Advanced Studies in Trieste, Italy, to investigate an antisense transcript of Uchl1, a gene linked with Parkinson’s and Alzheimer’s diseases. Antisense transcripts typically inhibit translation of their sense counterparts, but the researchers were surprised to find that antisense Uchl1 actually stimulated production of the UCHL1 protein in neurons. “This was completely unexpected based on studies so far,” says Carninci.

They subsequently identified a sequence element within antisense Uchl1 called SINEB2, which appears to be directly responsible for boosting protein synthesis. Additional experiments indicated that this antisense transcript is normally produced as part of a stress response pathway, forcing cells to prioritize increased production of essential proteins when biochemical resources are limited. Given the established involvement of UCHL1 in preventing onset of neurodegenerative disease, such a mechanism could provide critical nervous system protection in the event of a physiological crisis.

Having identified the core functional components of Uchl1, Carninci is excited by the possibility of exploiting this mechanism for medically relevant protein targets (Fig. 1). “We see immediate applications to human health because we can substitute the antisense part to enhance translation of any protein,” he says. He and Gustincich recently launched a company called TransSINE Technologies, based at the RIKEN Omics Science Center, through which the researchers hope to better understand and fine-tune this potentially powerful clinical tool. “We see the chance to create a good biotechnology product,” says Carninci.