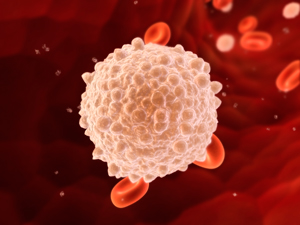 Figure 1: Researchers at RIKEN have investigated the role of the Thpok gene in the development of the two classes of immune T cells. © iStockphoto/Thinkstock

Immune T cells can be broadly categorized into two classes: cytotoxic T lymphocytes (CTLs), which directly kill infected or cancerous cells, and helper T cells, which coordinate the overall immune response. Immature T cells commit to one or the other lineage via a process called positive selection, and generally remain locked into their developmental fate from that point onward. A research team led by Ichiro Taniuchi of the RIKEN Center for Integrative Medical Sciences have now gained insight into how these cells remain dedicated to their career path1.

It is known that the Thpok gene is a critical activator of helper T cell development, and gets switched off in developing CTLs by a regulatory region called the silencer. However, Taniuchi’s team determined that the silencer only provides the initial deactivation signal, and requires further support to make its orders ‘official’.

Many genes undergo what is known as epigenetic regulation through the addition of various chemical modifications to the chromosome. For instance, different patterns of ‘histone methylation’ can either activate or repress nearby genes. The researchers determined that while the silencer facilitates the accumulation of repressive methylation patterns at the Thpok gene in CTL precursors, helper T cell precursors exhibit activating methylation patterns. When the researchers selectively deleted the silencer in cells that had already committed to CTL development, Thpok remained repressed, indicating that these marks are critical to long-term inhibition of this gene.

Taniuchi and his colleagues found that by engineering additional copies of the silencer region into the Thpok gene, they could induce repression in helper T cells where the gene would otherwise be active. If introduced into T cell precursors, these additional silencer copies caused the accumulation of repressive histone methylation marks normally observed in CTLs, and disrupted normal helper T cell development. This demonstrates the critical role of the silencer in establishing T cell fate.

“Our finding that the epigenetic processes that stably silence Thpok can occur independently of commitment to the cytotoxic-lineage is striking,” says Hirokazu Tanaka, lead author of the study.

Importantly, their work also suggests how these instructions might be overridden. Previous studies have suggested that prolonged signaling via the T cell receptor (TCR) specifically promotes helper T cell development, and these prolonged signals may work by preventing inhibitory modifications that would otherwise accumulate through the influence of the Thpok silencer. “Our findings provide for the first time an epigenetic view as to why persistent TCR signals are necessary,” says Tanaka.