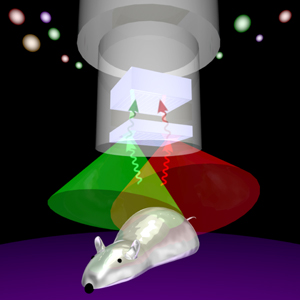 Figure 1: The GREI-II system is capable of generating images of bio-metal radiotracers and molecular PET tracers at the same time, allowing the complex interactions between metals and their associated molecules to be seen for the first time. Reproduced with permission from Ref. 1 © 2013 Royal Society of Chemistry

Trace metals in living organisms play a variety of important roles in many processes, including gene expression and the development of diseases such as cancer. It is possible to image the behavior of these ‘bio-metals’ by following radioactive tracers injected into the body. However, analyzing the corresponding expression of metal-associated molecules in the body using technologies like positron emission tomography (PET) has so far been impossible due to differences in the kinds of radiotracers used by these techniques. Shuichi Enomoto, Shinji Motomura and colleagues at the RIKEN Center for Life Science Technologies have now developed a way to simultaneously image a wide range of bio-metal and PET scan radiotracers in the body through the use of a semiconductor Compton camera called GREI-II1.

“Our first gamma-ray emission imaging camera was developed for the imaging of multiple tracers and enabled us to track bio-metals in living organisms,” explains Motomura. “We used it in the detailed exploration of molecules, which led us to the idea of integrating bio-metal analysis and PET technology.”

The gamma-ray emission imaging (GREI) system works by gathering information about gamma rays emitted by the radiotracers through measurement of the changes in direction and energy of the gamma-ray photons as they hit radiation sensors. By tracing the trails produced by this ‘Compton scattering’, the source of gamma rays can be located, and the different radioisotopes in each tracer can be distinguished by the gamma-ray wavelength (Fig.1).

“The half-lives of the molecular imaging agents for PET are very short,” explains Motomura. “To realize the simultaneous and efficient imaging of the PET agents and bio-metal tracers, we had to improve the sensitivity of the camera and the speed of data processing.”

Enomoto’s team tested their GREI-II technology by collecting images from cancer tumors in live mice using copper-64 and zinc-65 radiotracers. Results showed that copper was found in abundance at tumor sites, whereas zinc collected in greater quantities in the liver, pancreas and kidneys. Comparisons with images from the first GREI system showed that the new system had less background noise and greater clarity. GREI-II is also capable of imaging at more than ten times the speed.

“The GREI-II images cannot be obtained by other imaging systems because their gamma-ray energies are high and the energy range is too wide,” explains Motomura. “We expect GREI will be able to help us understand the intricate mechanisms of many diseases in the future.”