Decoding the drivers of Dravet syndrome 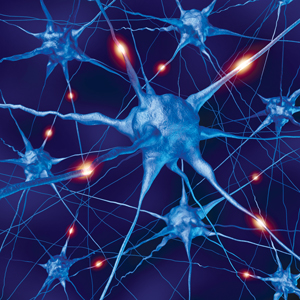 Dravet syndrome is a rare and severe form of epilepsy caused primarily by inherited loss-of-function mutations in a gene called SCN1A. This gene encodes a sodium ion channel known as Nav1.1 and is required for the proper function of brain cells. However, exactly which neurons go awry in the brains of Dravet syndrome sufferers remains poorly understood.

Working with mouse models of the disease, a team of researchers led by Kazuhiro Yamakawa from the Laboratory for Neurogenetics at the RIKEN Brain Science Institute has now demonstrated that the loss of functional Nav1.1 in inhibitory neurons leads to seizures and other symptoms of Dravet syndrome, while similar Nav1.1 impairment in excitatory neurons can have a beneficial effect1.

Yamakawa and his colleagues engineered a series of transgenic mouse lines with the aim of selectively disrupting the SCN1Agene in one of three neuronal subtypes at a time—forebrain excitatory neurons, global inhibitory neurons or a subpopulation of inhibitory neurons called parvalbumin cells. For each transgenic mouse line, the researchers determined the severity of epileptic symptoms and the levels of Nav1.1 expression in various brain regions involved in Dravet syndrome.

The findings could have important implications for the development of future treatments for this currently incurable disease. “Our results highlight the importance of targeting specific neuronal populations when considering potential therapeutic approaches,” notes Yamakawa.