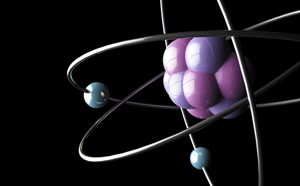 Figure 1: The shape of neutron-rich magnesium nuclei challenges the assumption that ‘magic numbers’ are the same for all nuclei. © carloscastilla/iStock/Thinkstock

Although much is known about atoms and their nuclei, scientists continue to make surprising discoveries as they probe the properties of some of the more exotic isotopes. Pieter Doornenbal from the RIKEN Nishina Center for Accelerator-Based Science (RNC) and co‐workers have made another such discovery with the observation that magnesium nuclei with a large number of neutrons appear to lose the nuclear shell structure that has become fundamental to our understanding of the nucleus1.

The protons and neutrons that make up an atomic nucleus are kept together by a balance of nuclear forces. When the number of neutrons is similar to the number of protons, the nucleus is generally stable and the nucleons arrange themselves in shells as a consequence of the laws of quantum mechanics.

Nuclear physicists now widely accept that nuclei with 2, 8, 20, 28, 50, 82 or 126 neutrons or protons are particularly stable due to the complete filling of these shells. Nuclei with such ‘magic numbers’ of protons or neutrons are spherical, whereas nuclei with numbers of nucleons that diverge from these magic values are increasingly deformed.

Doornenbal and his colleagues investigated the shape of magnesium nuclei with 22, 24 or 26 neutrons—a significant imbalance of neutrons against magnesium’s 12 protons. “Studying such nuclei is now possible thanks to the RNC's Radioactive Isotope Beam Factory, which provides the world’s highest-intensity radioactive isotope beams,” says Doornenbal. The results indicate that the magic numbers for neutron-rich nuclei—and hence the filling of nuclear shells—might differ from those of the naturally occurring stable nuclei, in which the numbers of protons and neutrons are roughly equal.

The beams of magnesium nuclei were produced by first bombarding a high-energy beam of calcium nuclei against a thin beryllium target. The collision created a multitude of different nuclei that were then screened using magnetic fields to select precursor nuclei—aluminum-37, aluminum-39 and silicon-40. The desired magnesium nuclei were then obtained by bombarding the precursor nuclei against a carbon target to knock out additional nucleons.

The researchers probed the shape of the magnesium nuclei by measuring the high-energy electromagnetic waves that they emit. By comparing these results to theoretical calculations and previous experimental work, the team inferred a large ‘island’ of deformation in the isotope chart for neutron-rich nuclei with 20 to 28 neutrons. “This behavior is also expected to occur for larger magic numbers,” says Doornenbal. “However, we do not yet have the experimental tools to study it in these regions.”