A catalyst with a million uses 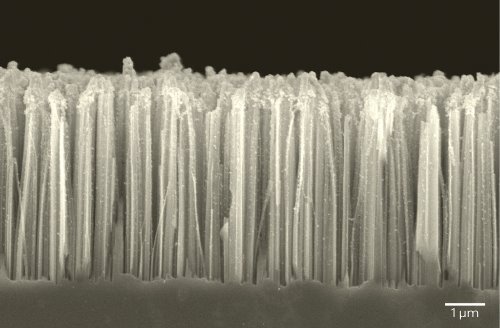 Solid catalysts based on precious metals, such as palladium, are widely used in industry to promote a range of chemical reactions. Finding ways to minimize the consumption of expensive catalytic materials, however, remains a critical challenge. Yoichi Yamada from the RIKEN Center for Sustainable Resource Science and colleagues have now developed a nanostructured catalyst that makes extremely efficient use of trace amounts of catalytic palladium1.

Recent advances in surface studies of metals and computational modeling have given chemists new insights into how to promote more efficient catalytic transformations. One approach involves drastically reducing the volume in which the chemical reaction takes place, such as by using microscale reactors, so that reagents are better directed to the catalyst’s active sites. Another, parallel strategy involves attaching catalysts to materials containing numerous tiny pores, such as mesoporous silica.

Despite the promise shown by catalysts exhibiting such ‘nanospace’ reaction zones, Yamada and his team realized that existing designs are not suitable for passing large volumes of reagents. To remedy this, the researchers turned to silicon nanowire arrays, which are commonly used in optoelectronics and solar cells. Using a controlled chemical etching procedure, they constructed a dense forest of nanowires projecting upward from a silicon wafer and then immobilized catalytic palladium nanoparticles on the upper part of the array (Fig. 1). These hybrid catalysts contain abundant confined nanospaces, and a wafer just one square centimeter in size can provide plentiful reaction capacity.

The researchers found the nanowire–nanoparticle catalyst to have high activity in Mizoroki-Heck coupling—a chemical reaction that involves linking aromatic molecules to unsaturated hydrocarbons, which finds wide use in the synthesis of pharmaceuticals and agricultural chemicals. Their experiments showed that many coupling reactions proceeded with perfect efficiency, even at tiny concentrations of palladium. The team found similar success with other palladium-catalyzed reactions, such as carbon–hydrogen bond modifications.

The new catalyst also displayed remarkable resilience. Larger-scale Mizoroki-Heck reaction experiments revealed that the nanoscale device catalyzed over two million coupling reactions, at a rate of 40,000 per hour, without losing catalytic activity—the highest turnover ever recorded for this reaction with immobilized catalysts. Yamada notes that this reusability may stem from two synergistic factors: nanospaces on the silicon array that efficiently trap palladium nanoparticles and favorable chemical interactions between silicon and palladium that stabilize nanoparticle immobilization.

The researchers now plan to investigate industrial applications of the catalyst, as well as light-mediated chemical transformations that take advantage of the silicon nanowire’s optical activity.