A boost for photosynthetically derived bioplastics

Enhanced photosynthesis is crucial for improving bioplastic yields from cyanobacteria 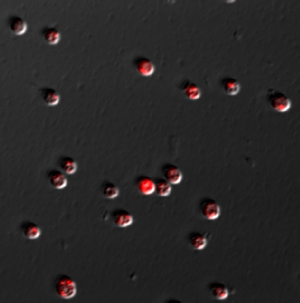 Traditional petrochemical plastics are made from non-renewable fossil fuels and cannot be readily assimilated back into the environment at the end of their useful life. Thus, there is considerable interest in replacing petrochemical plastics with biodegradable alternatives that are derived from more sustainable resources. Unfortunately, efforts to produce plastics by more sustainable means have yet to yield economically viable alternatives.

Minami Matsui, Nyok-Sean Lau and colleagues from the Synthetic Genomics Research Team at the RIKEN Center for Sustainable Resource Science have now led research that has significantly advanced the potential of bacterial fermentation-based plastics1.

Polyhydroxyalkanoates (PHAs) are linear polyesters produced by bacterial fermentation of sugars or lipids. However, cultivation of the heterotrophic bacteria used so far to produce PHAs requires expensive organic substrates as a carbon source. An alternative approach is to use photosynthetic organisms, such as cyanobacteria, which extract carbon from atmospheric carbon dioxide and have minimal nutrient requirements. Yet this approach has also been stymied by low conversion rates and an inadequate understanding of the factors that promote PHA accumulation.

In collaboration with Kumar Sudesh from Universiti Sains Malaysia, the research team produced a genetically modified variant of the cyanobacterium Synechocystis sp. strain 6803 that produced PHA levels as high as 14 per cent of the cellular biomass—a record for cells grown without an external carbon source (Fig. 1). In the modified strain, the first enzyme involved in PHA production is replaced with another enzyme, acetoacetyl-CoA synthase from Streptomyces sp. CL190.

The team then compared the gene expression in their PHA overproducer with its unmodified counterpart. “The PHA-overproducing line actually expressed lower levels of most of the other genes directly involved in PHA synthesis,” explains Matsui. Instead, the most striking set of genes that were expressed at higher levels in the modified line were in fact those encoding a wide range of components of the photosynthetic apparatus.

The findings suggest that increased expression of genes involved in various aspects of photosynthesis reflects an enhancement of the cyanobacterial capacity for carbon fixation to accommodate the increased diversion of carbon to PHA formation.

“Enhancing carbon fixation in cyanobacteria by manipulating the proteins involved in the process seems like the most obvious next frontier for the sustainable production of bioplastics, biofuels and other chemicals,” says Matsui. “Cyanobacteria are ideally suited to showing that this is possible. And if we can achieve this with cyanobacteria, it is likely that the same or a similar approach might work in higher plants.”