A glimpse into the quantum world 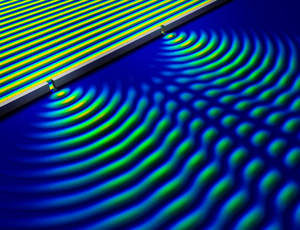 Figure 1: Quantum weak measurements allow the interference patterns created when a light wave passes through a double slit to be resolved in detail. © 2014 RIKEN

The laws of classical physics that describe the world around us can be very different from those of the quantum world. At the quantum level, particles can behave more like waves that can pass through each other and display properties very different from those of classical objects. However, one of the complexities of quantum physics is that any experimental measurement disturbs, or even destroys, these wave-like quantum states, making it difficult to reach a better understanding of such states through experiments.

Justin Dressel and Franco Nori from the RIKEN Center for Emergent Matter Science and Konstantin Bliokh from the RIKEN Interdisciplinary Theoretical Science Research Group (iTHES) have now shown that it is possible to obtain a detailed view of the wave-like properties of a quantum system by averaging over many ‘weak’, nondestructive quantum measurements1.

“Weak measurements allow us to gather information on a quantum system without strongly affecting its state,” comments Nori. Unfortunately, although weak measurements provide a glimpse into the quantum world, the rules of quantum physics permit this only if a single experiment does not provide too much information on the quantum state being probed. This means that these experiments are very ‘noisy’—akin to measuring the properties of a ship on an ocean by studying the ripples of waves at a long distance.

The researchers have established a general theoretical framework for weak measurements of quantum systems, showing that such experiments provide useful information when many measurements are averaged. Even though it is not possible to measure a single quantum particle precisely by such experiments, information about a quantum state can still be extracted if a sufficient number of measurements are made. Related experiments have already mapped the streamlines of light particles passing through a double slit, revealing for the first time a detailed picture of how the resulting interference pattern is formed (Fig. 1).

The power of the mathematical theory proposed by Dressel, Bliokh and Nori is that it generalizes such concepts to any weak measurement and any quantum system. Although these measurements are still not able to provide a full picture of the quantum world, they make it possible to relate the quantum world to the laws of classical physics. “Our results build a bridge between weak quantum measurements and classical theory,” explains Dressel. “They show explicitly that the boundary between what is quantum and what is classical becomes blurred when averaging over a large number of weak measurements.”